Jimmy Hayes, who won a national hockey championship at Boston College and played seven seasons in the NHL, has died. He was 31. 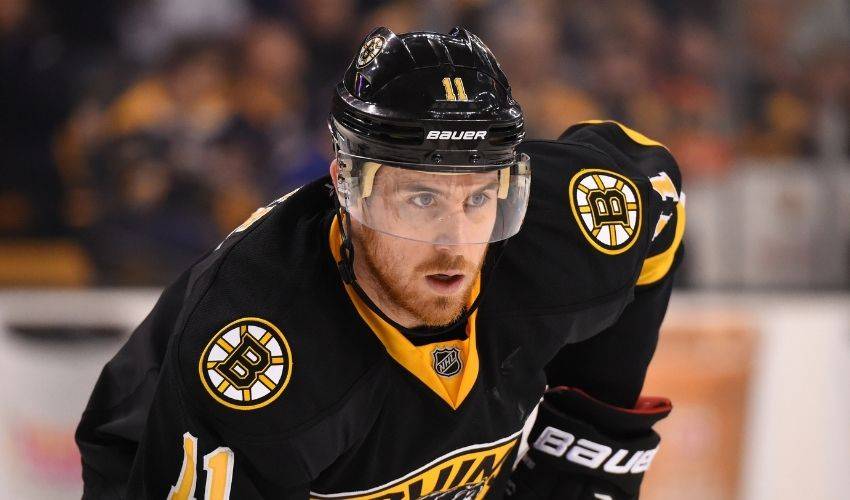 MILTON, Mass. (AP) — Jimmy Hayes, who won a national hockey championship at Boston College and played seven seasons in the NHL, has died. He was 31.

A law enforcement official said medics on Monday were called to the Hayes home in the Boston suburbs, where he was pronounced dead. No other details were disclosed.

Hayes, a 6-foot-5 right wing, was drafted in the second round (60th overall) in 2008 by the Toronto Maple Leafs. Two years later, he helped Boston College to its second straight national title, totaling 13 goals and 22 assists in 42 games as a sophomore. He made his NHL debut in December 2011 after a trade to the Chicago Blackhawks.

“His warm personality made an immediate impact in the locker room and with our fans," the Blackhawks said in a statement. “We’re proud of the memories he made in Chicago.”

Boston College said on Twitter it is “heartbroken” over the death.

Younger brother Kevin Hayes is a center for the Philadelphia Flyers.

Jimmy Hayes played 334 games in the NHL and had 54 goals and 55 assists. He also played for the Florida Panthers, Boston Bruins and New Jersey Devils.

He last played professionally in 2019 and had been a cohost of a podcast called “Missin Curfew.”

Hayes was born in Dorchester, Massachusetts. In addition to his wife and children, Hayes is survived by four siblings and his parents, Shelagh and Kevin Hayes Sr.