The 25-year-old Reinhart was a restricted free agent, and acquired by the Panthers in a trade with the Buffalo Sabres last month. 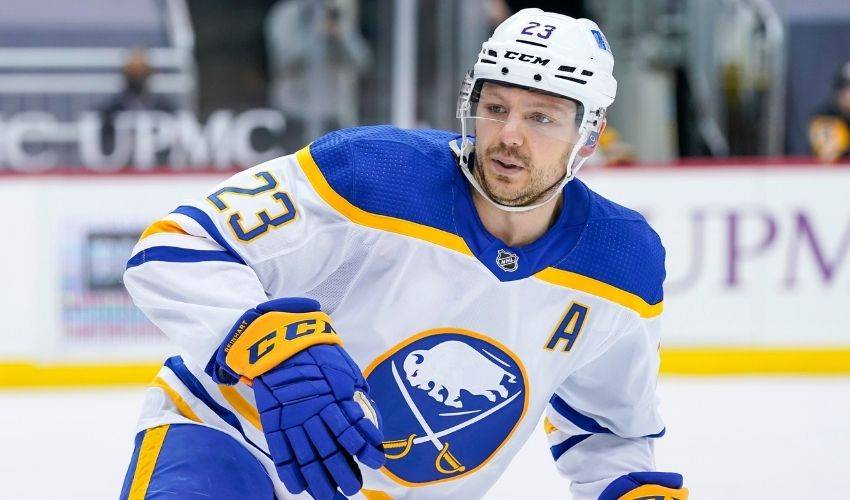 The 25-year-old Reinhart was a restricted free agent, and acquired by the Panthers in a trade with the Buffalo Sabres last month. Sportsnet.ca reported Reinhart's contract has an annual average salary of $6.5 million.

He’s a five-time 20-goal scorer in six full NHL seasons with Buffalo after being selected with the No. 2 pick in the 2014 draft. Reinhart scored a career high-matching and Sabres-leading 25 goals in just 54 games last season.

More important, Reinhart was given the opportunity to show he can play center after spending much of his career on the wing, while filling in for center Jack Eichel, who was sidelined for the final two months of the season.

“Sam is a gifted and versatile talent that will play a key role for our team in the coming seasons,” Panthers general manager Bill Zito said in a statement released by the team.

Reinhart had grown frustrated in Buffalo in being part of a team in the midst of a 10-year playoff drought.

He was also unhappy with the Sabres’ unwillingness to commit to him on a long-term basis. After competing his three-year rookie contract, Reinhart was signed to a two-year deal before accepting a one-year, $5.2 million offer in October.

The Sabres acquired a 2022 first-round draft pick and prospect goalie Devon Levi as part of the trade.

From West Vancouver, British Columbia, Reinhart is the son of former NHLer Paul Reinhart, who played 648 games with the Vancouver Canucks and the Atlanta and Calgary Flames.