Granlund has led Nashville with 24 goals and in average ice time since John Hynes was hired as head coach Jan. 7, 2020. 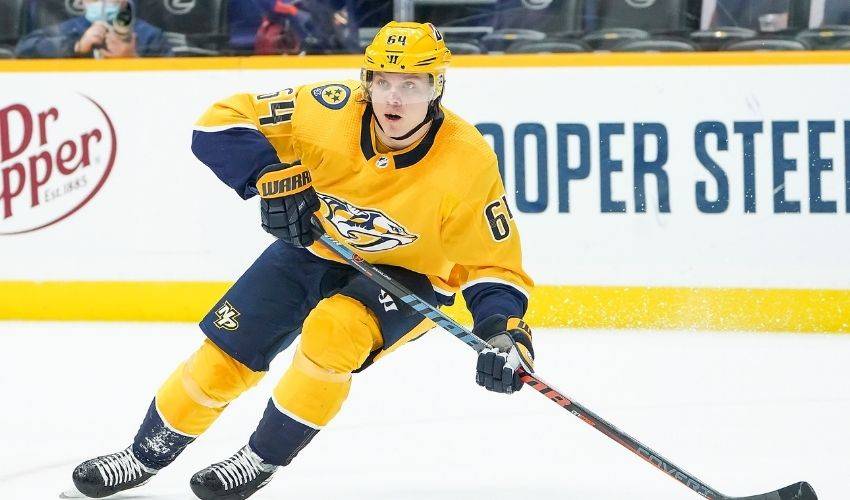 NASHVILLE, Tenn. (AP) — The Nashville Predators are keeping forward Mikael Granlund around with a much longer contract than the one he signed last year.

Granlund signed a four-year, $20 million contract Wednesday, and general manager David Poile says keeping him in Nashville was a priority in free agency. Poile said Granlund has been one of their most consistent players and fits what they want to build.

“We’re excited to see his continued impact in all three zones of the ice for the next several years and know he and his leadership will be instrumental in helping with the growth of the young group of forwards we’ve assembled,” Poile said.

Granlund, 29, who signed a one-year contract last December, has led Nashville with 24 goals and in average ice time since John Hynes was hired as head coach Jan. 7, 2020. Only Filip Forsberg has more points in that span.

The Finn tied for the team lead with 13 goals and was fourth with 27 points this season. Granlund was at his best starting March 15, scoring 17 points as the Predators went 20-7-1 to reach the playoffs. That was second-most on the team.

He also led all Nashville forwards in ice time, averaging a career-best 19 minutes, 29 seconds. That was 31st among all forwards in the NHL. During the playoffs, he tied for the team lead with five points.

The Predators also signed goaltender David Rittich to a one-year, $1.25 million deal. He split last season between Calgary and Toronto as a backup with 19 appearances. He was the Flames' starting goalie between 2018 and 2020 going 51-26-11.

Among other moves, Nashville also signed forward Zachary L’Heureux to a three-year, entry-level contract. He was the 27th pick overall in the NHL draft last week.