Dougie Hamilton is joining the New Jersey Devils after getting the biggest contract handed out on the first day of NHL free agency. 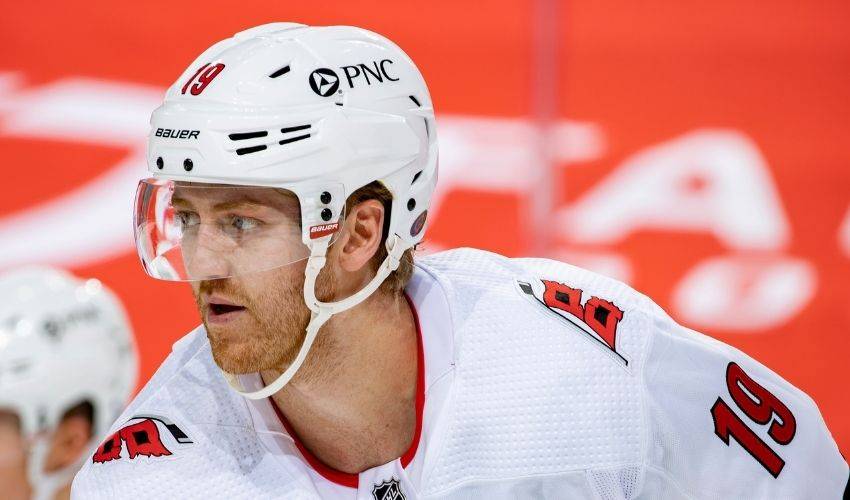 Dougie Hamilton is joining the New Jersey Devils after getting the biggest contract handed out on the first day of NHL free agency.

Hamilton and the Devils agreed to terms Wednesday on a $63 million, seven-year deal that gives the rebuilding organization one of hockey's most prolific defensemen to add pieces around on the blue line.

“Our entire staff is excited for what Dougie will provide us on the ice,” Devils coach Lindy Ruff said. “He is an elite offensive talent who runs a power play, accompanied by strong defensive play on the back end. At 6-6, his skating, skill, mobility, and ability to stabilize the game in all situations will be key for our team."

Hamilton, 28, will count $9 million against the salary cap through 2027-28. Only three players at his position have higher cap numbers next season.

Production and analytic numbers got Hamilton this deal. He had 10 goals and 32 assists in 55 games last season and has 341 points in the regular season during his NHL career with Boston, Calgary and Carolina.

Advanced statistics also show Hamilton is an elite offensive defenseman, even if he struggles in his own end and has a penchant for taking bad penalties. What he does to drive play and help put the puck in the net more than outweighs the bad in his game.

“As a player and person, he has consistently shown a commitment to excellence and will play a leading role in our franchise’s return to an elite level in the league,” Devils general manager Tom Fitzgerald said. “We believe that the magnitude of his contributions on the ice will be equal to his impact on our culture as we continue to position ourselves for long-term success.”

Hamilton spent the past three seasons with the Hurricanes, and his camp had extensive conversations about him re-signing. But Carolina GM Don Waddell said he made an eight-year offer but couldn't get to the salary number Hamilton wanted and didn't begrudge the Toronto native for testing the free agent market.

“We want to be a good team for a long time,” Waddell said. “He earned the right to be a free agent. These guys get this opportunity to be a UFA and he wanted to seek what the market was and obviously he (got) his contract.”

New Jersey also traded defenseman Will Butcher and a fifth-round pick to Buffalo to free up money and signed goaltender Jonathan Bernier to a two-year contract worth $8.25 million. Bernier will play in tandem with Devils starter Mackenzie Blackwood and could play a role in mentoring him.

“Being in Jersey, I think they have a really good young team," Bernier said. ”(Signing) Dougie — that’s a big piece for the team, and especially for a goalie having a guy like that in front of you. Yeah, I just think they’re really headed in the right direction."