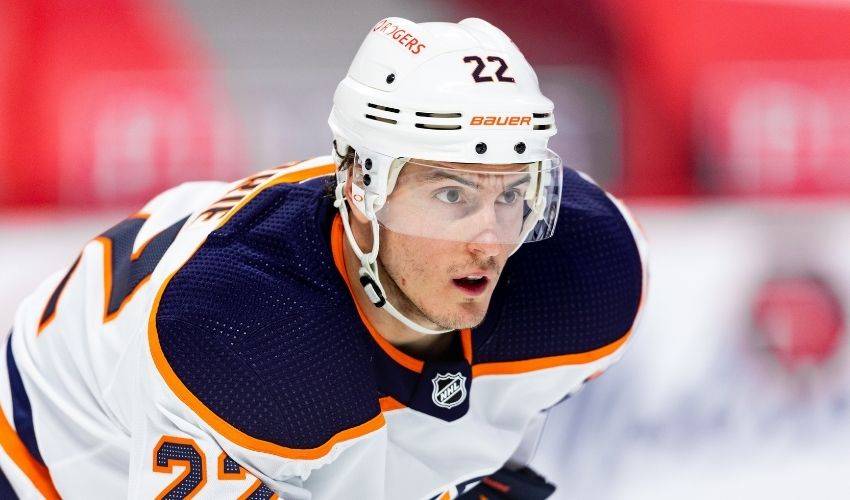 When Zach Hyman visited Edmonton with his wife about a week ago, he quickly realized that signing with the Oilers as a free agent would be a "no brainer."

The couple liked the city and could see their seven-month-old son, Theo, growing up there. Hyman loved the rink — and the opportunity to play with superstars like Connor McDavid.

“I wanted to go to the place that wanted me the most and that had the best chance to win and had the best chance for me to develop as a hockey player. And Edmonton checked those boxes," Hyman said Wednesday after inking a seven-year, US$38.5 million with the Oilers.

“Obviously we’ve got an incredible core that’s really coming into their prime years. So I felt a responsibility, an obligation as the manager to try to build a little bit deeper supporting cast as we head into the season," said Oilers GM Ken Holland.

While the league's last free-agency period in October saw a number of short-term contracts and smaller numbers, managers across the NHL seemed to open their wallets once again on Wednesday to dole out cash and term for the most-coveted talents.

“You better jump the gun pretty early. You better have all your ducks in a row because players were going off very fast," he said with a smile, noting the even head coach D.J. Smith got on the phone to try and connect with some players.

It was a busy day in Calgary, too, but the Flames were prepared, said general manager Brad Treliving.

"You do your homework on the player you’re going to be investing in," he said.

Calgary's preparation appears to have paid off, with the Flames landing forward Blake Coleman on a six-year deal with an average annual value of $4.9 million.

“We pursued him hard. And in order to get that player, you’ve got to make a commitment," Treliving said of the contract. "And that’s not unlike any player in the market.”

“Blake was a highly sought-after player," Treliving said. "He plays in the trenches. I think his skill is very understated.”

His move to Edmonton follows weeks of speculation and reports that the Oilers were attempting to orchestrate a "sign-and-trade" deal with the Toronto Maple Leafs that would allow for an eight-year contract.

The 29-year-old winger said he had "a bunch" of conversations with other teams, but liked what Edmonton has to offer best.

Hyman put up 33 points (15 goals, 18 assists) in 43 games for his hometown Maple Leafs last season and said he's looking forward to seeing what he can add to the Oilers lineup.

"For me, it’s about bringing my work ethic every day and trying to be consistent and trying to create as much space as I can for the guys that I play with. With Connor, obviously he’s a guy that takes advantage of space, his speed is off the charts. And if I can create space for him, I think everyone in the world knows what he’s capable of doing.”

Playing in Edmonton was a lot of fun last year, Barrie said, even if the campaign didn't end the way the team had planned.

“It was fun to come to the rink every day and get on the ice and get better and work with these guys," said the 30-year-old defenceman who signed a three-year, $13.5 million deal on Wednesday. "And when you’re winning games and having personal success, it goes a long way. It was just a lot of fun in a short year. And I can’t imagine what it’ll be like with fans.”

After finishing the pandemic-condensed regular season second in the all-Canadian North Division, the Oilers were swept from the first round of the playoffs by the Winnipeg Jets.

"Obviously it’s a little disappointing how we ended the year last year," Barrie said. "But I think we can only go up from there."

Defencemen were a hot commodity on the free-agent market Wednesday.

The Montreal Canadiens landed Stanley Cup-winner David Savard, inking the 30-year-old to a four-year contract with an average annual value of $3.5 million.

“For me, (signing with Montreal) was an easy decision because it was a great fit for my family and a great fit on my ice, on the team," said the native of St-Hyacinthe, Que.

Savard finished last season in Tampa Bay after the Columbus Blue Jackets dealt him to the Lightning at the trade deadline in April.

The six-foot-two, 233-pound blue-liner had six points (one goal, five assists) in 54 regular-season appearances and added another five helpers in 20 playoff appearances.

The Senators also added a defenceman to the roster, signing 31-year-old Michael Del Zotto to a two-year contract with an average annual value of $2 million.

The Jets chose to add to their back end earlier in the week, bringing in defenceman Nate Schmidt from the Canucks and Brendan Dillion from the Washington Capitals for picks in next year's draft.

The Maple Leafs brought in a new goalie Wednesday, signing Petr Mrazek to a three-year deal with an average annual value of $3.8 million.

Joining the Leafs was "an easy choice," Mrazek said, noting the team has a number of skilled players and a passionate fan base.

The 29-year-old will work alongside goalie Jack Campbell, and said he's looking forward to developing the partnership.

“I don’t know Jack personally but I’ve heard a lot of great things about him from my previous teammates. I can’t wait to be a partner with him," he said.

Mrazek played 12 regular-season games for the Carolina Hurricanes last season and registered a 6-2-3 record with a .923 save percentage and 2.06 goals-against average.

The six-foot-one, 192-pound netminder from the Czech Republic has played 275 NHL games with the Detroit Red Wings, Philadelphia Flyers and Carolina.

In something of a corresponding move, Toronto's former No. 1 Frederik Andersen signed a two-year, $9 million deal with the 'Canes on Wednesday.

The 31-year-old Danish netminder struggled with a nagging lower-body injury last year, and finished with a 13-8-3 record to go along with career-worst numbers, an 895 save percentage and 2.96 GAA. The performance gave Campbell the chance to steal the top job.

This report by The Canadian Press was first published July 28, 2021.