Carlo, 24, had three goals and one assist and averaged 18:43 in ice time this season, his fifth in Boston. 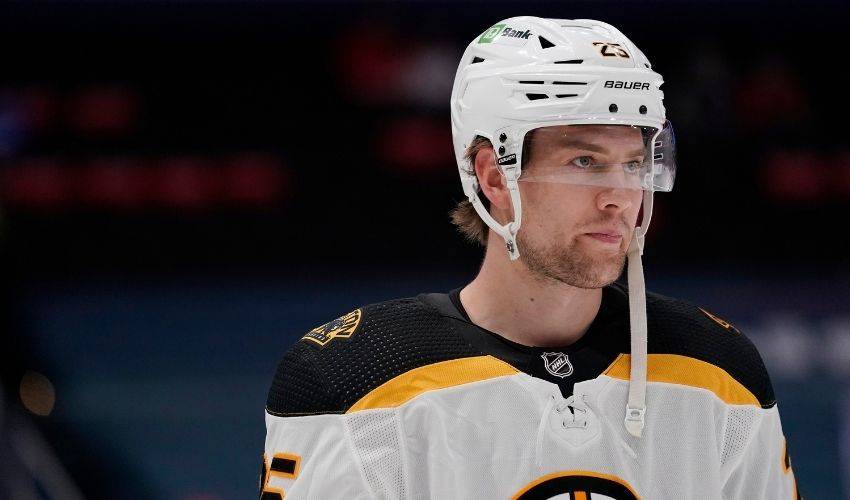 It's the six years.

The Boston Bruins defenseman said he's not going to rush out and buy anything flashy after signing a new contract extension. But having a long-term commitment from the team was “a huge compliment,” and he wants to use the newfound job security to sharpen his leadership skills.

"There’s a lot more room for that going forward. I think this contract kind of reflects on that," Carlo told reporters Wednesday after the deal was announced. “It’s always something that I feel like I kind of had a little bit within me, the leadership component. I just want to continue to grow in that regard.”

Carlo, 24, had three goals and one assist and averaged 18:43 in ice time this season, his fifth in Boston. But he missed most of March with an oblique muscle injury and then left Game 3 of the second round of the playoffs after a hit from Islanders forward Cal Clutterbuck that sent his head crashing into the glass.

“I’ve been feeling great, completely back to normal, 100% for well over a month and a half now,” he said on a teleconference. “My recovery was pretty quick. ... That hasn’t thrown me off in any way.”

The hit left Carlo unable to get back on his feet. He said he knows that concussions need to be taken seriously, but it won't affect how he plays.

“With the way that I recovered from my concussions and through the injury process, I never felt, in any way, shape, or form, that my career was going to be ending any time soon,” he said. “I’m still a young guy, I still feel very sharp in my mind. I feel great in my body.”

“Brandon is a player who has grown into a foundational defenseman with our team while also emerging as an important leader on and off the ice," Bruins general manager Don Sweeney said.

Carlo said he had nothing special planned for his new riches except for perhaps a haircut. He is taking some time away from hockey but will be skating again next week.

“I fully anticipate that’s all going to go very well,” he said. “I like to just get away from the game for a little bit, but I’m excited to get back on the ice next week and fully expect to be feeling great.”