The Vancouver Canucks are the closest NHL team, but it's the Canadiens and Price that are celebrated in the community. 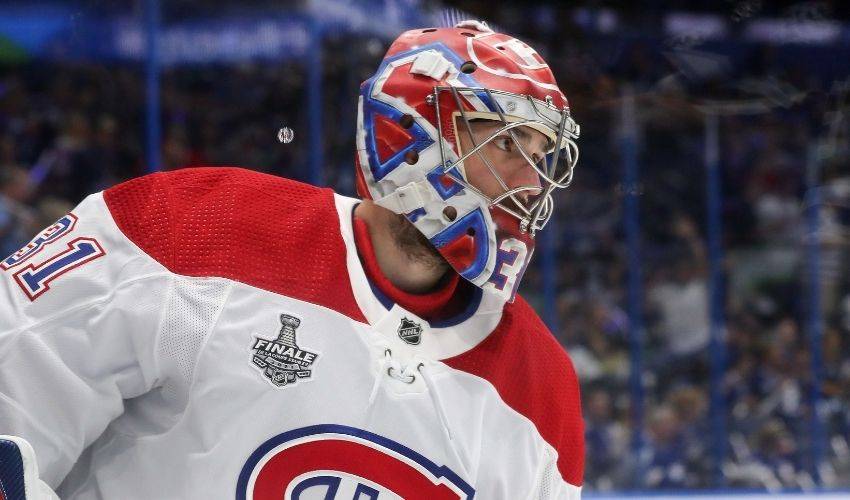 MONTREAL — On the first night of the Stanley Cup final, a convoy of trucks waving Canadiens flags arrived outside the arena in Anahim Lake, B.C., where Carey Price played hockey as a kid.

The convoy wound its way for about 60 kilometres, honking horns and stopping in different Indigenous communities in the region inhabited by the Ulkatcho First Nation.

Lynda Price, Carey's mother, is chief of the First Nation. And while the Vancouver Canucks are the closest NHL team at some 12 hours drive away, it's the Canadiens and its star goaltender that are celebrated in the community of about 1,500 people.

The convoy was the idea of Graham West, who has known Price since he was young. He said the rolling parade will be repeated at each game, and he expects it to grow bigger each time.

"Win or lose, we'll do it," West said in an interview.

He said Price is a role model for Indigenous people across the country, and has given the community something to cheer for at a time when many are mourning the discovery of over a thousand unmarked graves outside the sites of former residential schools.

"He's there on the world stage representing us with dignity. He is one of us," West said.

"He never forgot us," West said.

West said Price joined other community members on a march up that mountain two years ago that included making a traditional offering of tobacco.

He described the goaltender as a humble man who gives back to the school and community where he grew up.

Mikisiw Awashish, an Innu hockey player in the Quebec Major Junior Hockey League, said Price is an inspiration for young hockey players due to his performance both on and off the ice.

He said Price went to greet residential school survivors in Winnipeg during the team's series against the Jets last month.

"He's one of the busiest athletes in the world, but he took the time to make a detour, on foot, right before a game to be close to his community, it's remarkable," Awashish said.

He also admires Price's unflappable demeanour on the ice, and wonders if his heritage might be a part of it.

"Indigenous people, we're calm in general, but above all very resilient," he said.

"Resilience is a quality that develops with obstacles, and maybe his calm comes from there."

West has reached a similar conclusion. He said people in Anahim Lake are trapper and ranchers, and both are skills which take patience.

"There is no way you can rush around out there," he said, adding that Price had good teachers in his family.

In a social media post last year, Price described his maternal grandmother as a residential school survivor who faced "social injustices" at school.

"The mistreatment and misplacement of First Nations peoples in America and Canada has echoed generations of poverty and substance abuse. These facts must also be brought to light," the post read.

"I am a firm believer in the victory of good over evil and change will come. In our house we will not see the colour of your skin but the character of your heart."

This report by The Canadian Press was first published July 1, 2021