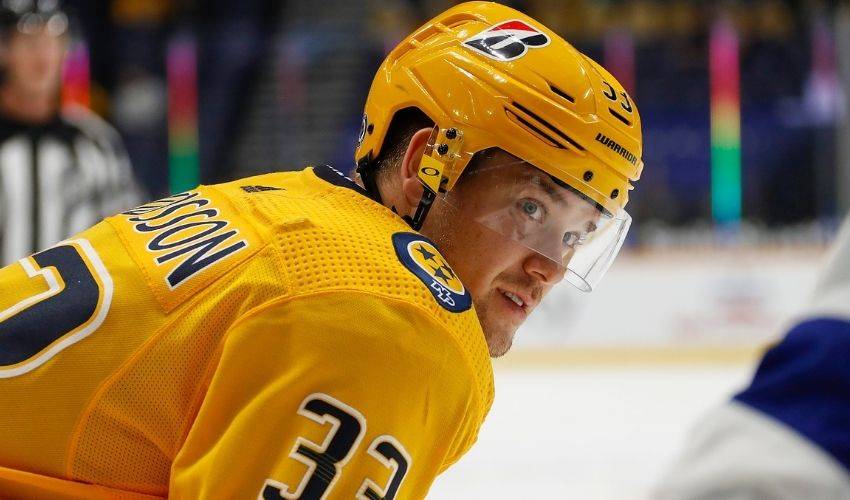 The Predators get a second-round pick this year and a third-round pick in 2022 in the trade announced Thursday.

The 28-year-old Arvidsson is a two-time 30-goal scorer who has spent his entire seven-year NHL career with Nashville. After scoring 94 goals over three combined seasons, the Swede has scored only 25 combined goals while overcoming injuries during the past two coronavirus-affected seasons.

He has three seasons and $12.75 million left on a seven-year contract worth nearly $30 million.

Arvidsson will be asked to bring much-needed scoring punch to the Kings, who were the NHL’s fifth-lowest-scoring team last season with 2.54 goals per game. Only two NHL teams — Detroit and Anaheim — have scored fewer goals than Los Angeles over the past three seasons.

The Kings haven’t had a 30-goal scorer since captain Anze Kopitar last hit the mark during the 2017-18 season. They've missed the playoffs in each of those three ensuing seasons.

The 5-foot-9 winger initially played a speedy, net-crashing game early in his career with Nashville, but injuries have limited his ability to play that style. He was seriously injured in November 2019 when St. Louis defenseman Robert Bortuzzo cross-checked him into the Blues' net, with Bortuzzo earning a four-game suspension after sidelining Arvidsson for four weeks.

Many Predators observers believe Arvidsson hasn't been the same since that illegal hit by Bortuzzo, but Arvidsson should find ample playing time to figure out an effective role with the rebuilding Kings.

Arvidsson has 127 goals and 112 assists in 385 career NHL games. He has scored 27 points in 61 playoff appearances with the Predators, who made the Stanley Cup Final in 2017.

Moving Arvidsson also leaves one fewer player to protect in the expansion draft for Nashville general manager David Poile. The Predators are retooling after their fourth-place finish and first-round playoff loss to Carolina.