Nugent-Hopkins' previous deal for seven years and $42 million expired after this season. 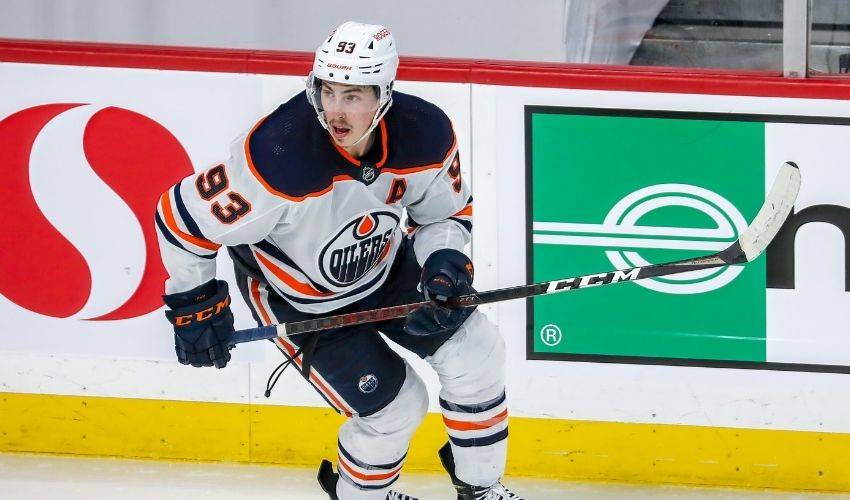 EDMONTON — Ryan Nugent-Hopkins will be, at least on paper, the longest serving Edmonton Oiler of all time.

Nugent-Hopkins and the Oilers agreed to an eight-year contract extension on Tuesday with an average annual value of US$5.125 million. Drafted first overall by Edmonton in the 2011 NHL draft, the 28-year-old has played in the league for a decade.

If he sees Tuesday's contract to completion, he'll be the longest tenured player in team history.

"It's a huge deal to me," said Nugent-Hopkins about potentially playing 18 seasons for the Oilers. "It's always been my goal to be able to stay in Edmonton. I've loved my time in Edmonton so far.

"The team is progressing the way we want it to, I want to be a part of that. Obviously the biggest reason I want to stay is that I want to win in Edmonton."

Oilers general manager Ken Holland said that Nugent-Hopkins — who is from Burnaby, B.C., and played junior with the Red Deer Rebels — is a true Western Canadian and dedicated to staying in Edmonton.

Nugent-Hopkins' previous deal for seven years and $42 million expired after this season.

Holland said that the Oilers' new deal with Nugent-Hopkins is the result of a compromise, with the team liking a shorter deal and the player presumably wanting more money. But it was important for both sides to get a deal done.

The contract includes a no-movement clause, which Nugent-Hopkins said was an important part of the deal for him.

"Obviously, signing an eight-year deal you want to be protected and you want to have that assurance from the club that they won't just turn around and send you somewhere else," said Nugent-Hopkins. "That was important to me and I'm happy that we were able to work that out."

Nugent-Hopkins had 16 goals and 19 assists in 52 games this season as the Oilers finished second in the all-Canadian North Division before getting swept by the Winnipeg Jets in the first round of the post-season.

He has finished in the top four on the team in both categories during each of the last four seasons.

The first overall pick by the Oilers in the 2011 NHL draft, Nugent-Hopkins has 478 points (185 goals and 293 assists) in 656 career games with Edmonton. Nugent-Hopkins is 10th all-time in Oilers scoring.

Holland confirmed that he would be protecting seven forwards and three defencemen in the upcoming NHL expansion draft.

— By John Chidley-Hill in Toronto.

This report by The Canadian Press was first published June 29, 2021.