The Minnesota Wild said in a statement Monday that Kurvers died Monday morning following a battle with lung cancer. 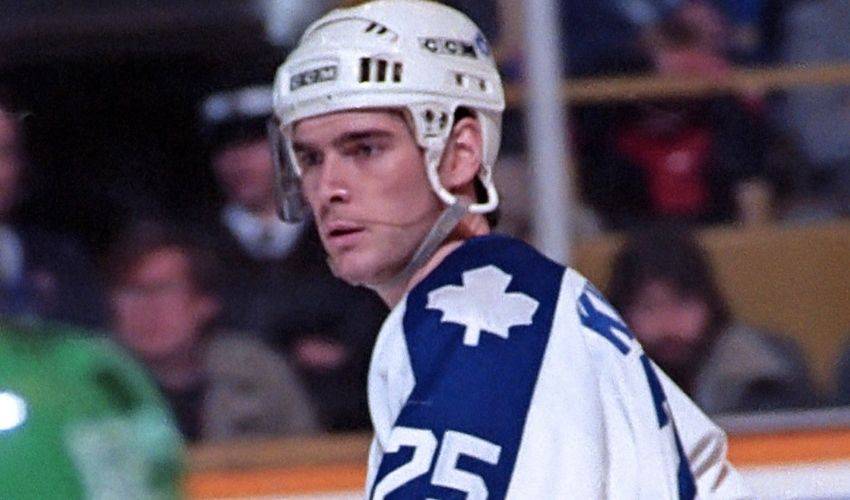 Former NHL defenceman Tom Kurvers, who won a Stanley Cup with the Montreal Canadiens and also played for Toronto and Vancouver, has died. He was 58.

The Minnesota Wild said in a statement Monday that Kurvers died Monday morning following a battle with lung cancer. Kurvers had been an assistant general manager with the Wild since 2018.

Kurvers, a Minneapolis native, was a standout at University of Minnesota Duluth during his collegiate career and won the Hobey Baker Award, given to the NCAA's most outstanding collegiate hockey player, for the 1983–84 season after registering 76 points in 43 games.

Kurvers was selected in the seventh round, 145th overall, by Montreal in the 1981 NHL entry draft.

He played two full seasons with the Canadiens, helping them win the Stanley Cup in 1986. He was dealt to Buffalo one game into the following season.

After two successful seasons in New Jersey, including a 66-point campaign in 1988-89, he was dealt to Toronto a game into the 1989-90 season for a first-round pick that would eventually become star defenceman Scott Niedermayer.

Kurvers had a good first season in Toronto, scoring 15 goals and adding 37 assists in 70 games. After an unproductive start to the 1990-91 campaign he was dealt to Vancouver, where he had four goals and 23 assists in 32 games.

After his playing career he joined the Phoenix Coyotes scout, then joined the Lightning and helped build a Stanley Cup-winning team before moving on to the Wild.

Kurvers was diagnosed in January 2019 with adenocarcinoma, a small cell lung cancer that was deemed inoperable.

“Tom's passion for and success in hockey could only be surpassed by the love and optimism he shared with his family and friends each and every day,” the Wild said in a statement. “Tom's kindness and enthusiasm will be greatly missed by the countless number of people on whom he had a positive influence throughout his life."

In front offices, Kurvers became a mentor to other executives.

"There are a lot of terrific people in the hockey world, but Tom stood out as the nicest, kindest and most humble," Tampa Bay Lightning general manager Julien BriseBois said. "He was grateful for all the good that happened in his life and was eager to give back. He was very generous with his advice and very insightful. I know Tom mentored many people throughout hockey, and I was privileged to be one of them."

This report by The Canadian Press was first published June 21, 2021.

— With files from The Associated Press.