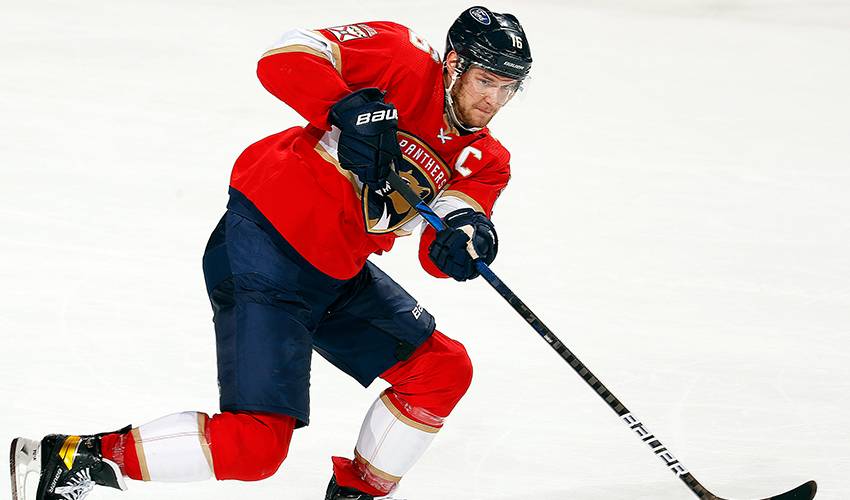 Barkov was announced as the winner of the award Friday night before Vegas faced Montreal in Game 3 of one semifinal series. He was a finalist for the first time.

The 25-year-old Finn became just the fifth player in league history to win both the Selke and the Lady Byng for gentlemanly conduct. He won the Lady Byng in 2019.

Barkov ranked ninth among forwards averaging just under 21 minutes a game and was 10th in the league with a winning percentage of 54.9 on faceoffs.

Boston center Patrice Bergeron and Vegas winger Mark Stone were the other finalists for the Selke, which is voted on by members of the Professional Hockey Writers Association. Golden Knights defenseman Alec Martinez offered his endorsement of Stone after the team’s morning skate Friday.

So is Barkov, who helped Florida improve its team defense, allowing a half a goal a game less than last season, and also put up 58 points in 50 games. The Panthers lost to defending Stanley Cup champion Tampa Bay in six games in the first round. Barkov had seven points in that series.