Rangers confirm Gallant has been hired to replace Quinn 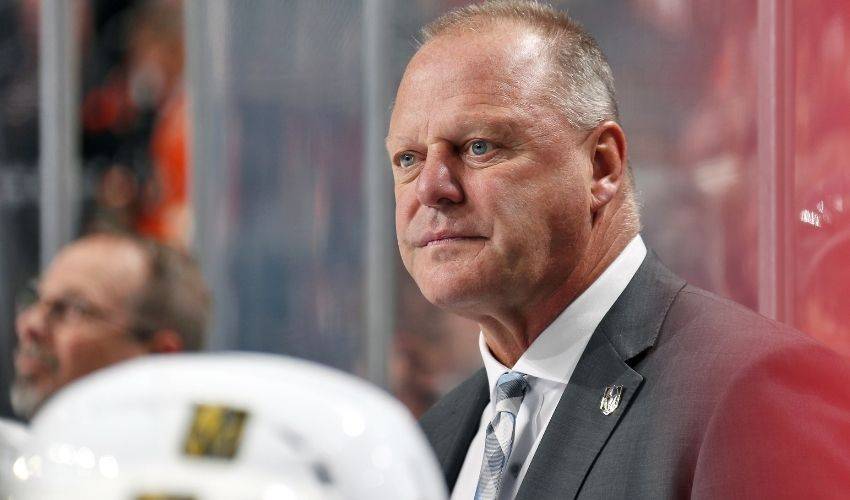 The Rangers announced Gallant's hiring Wednesday after agreeing to a four-year contract with him this week.

“Gerard’s proven track record has made him one of the league’s most sought-after coaches, and we are fortunate to have him as part of the team," team owner James Dolan said in a statement. "I have no doubt that he will play a critical role in helping us take the next steps to building a championship-caliber team.”

The 57-year-old Gallant, who led Canada to a gold medal at the world hockey championship in Latvia after an 0-3 start, replaces David Quinn, who was fired along with much of his staff after the Rangers missed the playoffs in a disappointing season.

New Rangers president and general manager Chris Drury made the move to dismiss Quinn and hire Gallant after he replaced president John Davidson and GM Jeff Gorton, who were fired days earlier with Dolan citing the need for a “change in leadership.”

Drury said Gallant's experience and success behind the bench at several levels made him the ideal choice to lead the team.

This will be Gallant’s fourth NHL head coaching job. He previously coached Columbus, Florida and Vegas, winning the 2018 Jack Adams Award as coach of the year for leading the expansion Golden Knights to the Stanley Cup Final.

He was replaced midway through the 2019-20 season by Peter DeBoer, who has the Golden Knights in the semifinals against Montreal this year.