Predators' Rinne wins Clancy Trophy for leading on, off ice

Pekka Rinne has won the King Clancy Memorial Trophy that honors an NHL player for leading on the ice and off it with humanitarian work. 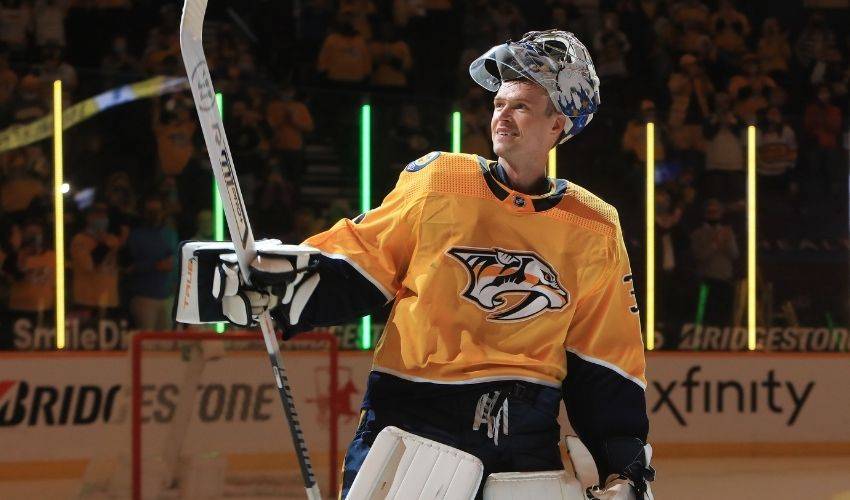 NEW YORK (AP) — Nashville Predators goaltender Pekka Rinne has won the King Clancy Memorial Trophy that annually honors an NHL player for leading on the ice and off it with humanitarian work.

The league announced Monday night that the National Hockey League Foundation is giving Rinne $25,000 to donate to a charity or charities. New Jersey Devils defenseman P.K. Subban and San Jose Sharks forward Kurtis Gabriel were finalists and each will receive $5,000 to donate.

The 38-year-old Rinne has 369 victories since making his debut during the 2005-06 season. The three-time NHL All-Star won the Vezina Trophy as the league's top goaltender in 2018.

Rinne also has an affiliation with Best Buddies, a nonprofit that advocates for individuals with intellectual and developmental disabilities. The Finnish player also supports Make-A-Wish and the Peterson Foundation for Parkinson’s, and he has been a part of charitable initiatives during the COVID-19 pandemic.

NHL Commissioner Gary Bettman and deputy commissioner Bill Daly led a committee of senior league executives that chose the winner after each team nominated a player for the award.