Shoulder surgery will sideline Domi for start of next season 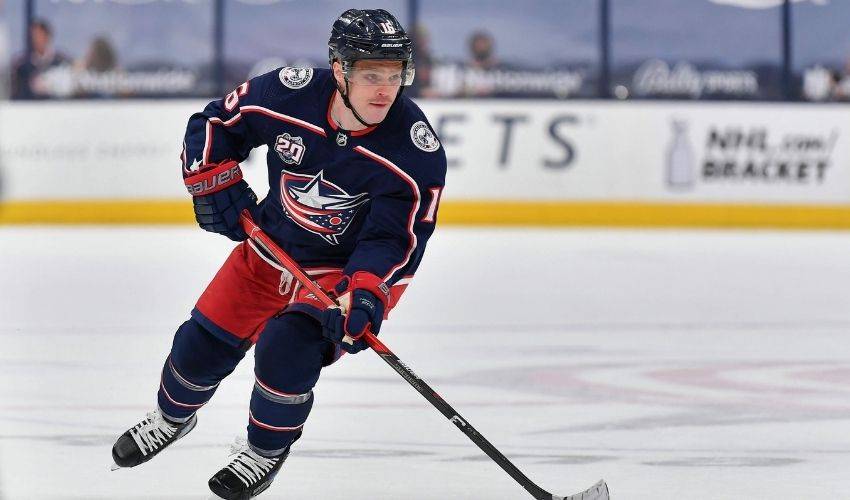 COLUMBUS, Ohio (AP) — Columbus Blue Jackets center Max Domi is expected to miss the beginning of the 2021-22 season after surgery to repair a labral tear in his right shoulder.

“Max had been experiencing some discomfort in his shoulder, which he brought to our attention last week and a subsequent examination revealed a labral tear,” Kekalainen said. “It was determined that surgery was the best course of action, and we look forward to Max’s return early next season.”

Domi's absence could be significant, considering that the Blue Jackets already are deficient at the center position. The development is further motivation for the team to seek help through trades or free agency in the offseason.

The 26-year-old Domi was acquired in an October trade from the Montreal Canadiens. He had nine goals and 15 assists with a team-leading 75 penalty minutes in 54 games with the Blue Jackets last season. He had four goals and eight assists, including three multi-point efforts, in his last 17 games.

The family friend Max Domi would want to be cast to play him in a movie about his life, and the former player he'd most want to be teammates with all in his Player Q&A!

The embarrassing find on his playlist and the NFL team you can find him cheering for in this week's Player Q&A with Max Domi!

Max Domi and Contour Next team up to conquer type-1 diabetes.

Our cameras follow Max Domi behind-the-scenes at the 2013 NHL Entry Draft before, during, and after being drafted by the Phoenix Coyotes.