The Toronto Maple Leafs and Montreal Canadiens will open their first playoff series in 42 years May 20 at Scotiabank Arena. 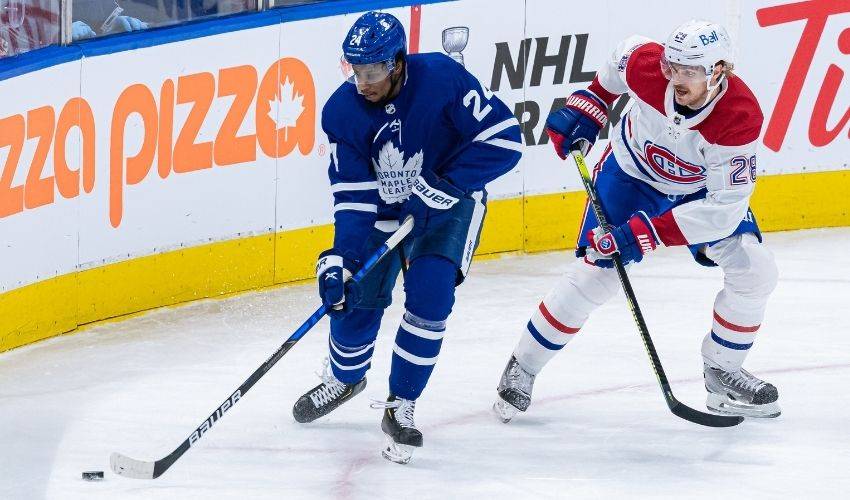 The Toronto Maple Leafs and Montreal Canadiens will open their first playoff series in 42 years May 20 at Scotiabank Arena.

The NHL released its schedule for the opening round of the 2020-21 playoffs on Thursday, with the all-Canadian North Division starting its series a couple of days later than the U.S.-based divisions.

Playoff action in the all-Canadian division kicks off next Wednesday when the Edmonton Oilers host the Winnipeg Jets. The regular season ends the same day with the last of four matchups between the Vancouver Canucks and Calgary Flames.

Vancouver, which also plays the Oilers on Saturday, needed an extension to its regular season after 11 of its games were postponed due to a COVID-19 outbreak within the team.

Both North Division matchups will feature back-to-back contests for Games 3 and 4.

Montreal will host Toronto May 24 and 25, and Winnipeg will entertain Edmonton May 23 and 24.

The two series in the West Division will start Sunday and Monday. The Vegas Golden Knights and Colorado Avalanche were still vying for top spot heading into Thursday's games. Minnesota and St. Louis have the third and fourth seeds respectively.

The top-seeded Carolina Hurricanes kick off their Central Division series Monday in Raleigh, N.C., against Nashville, while the second-seeded Florida Panthers kick off their series against defending champion and state rival Tampa Bay on Sunday in Sunrise, Fla.

In the East Division, the top-seeded Penguins and the New York Islanders get started Sunday in Pittsburgh, while the No. 2 Washington Capitals welcome Boston on Saturday for Game 1 of that series.

This report by The Canadian Press was first published May 13, 2021.