The Ottawa Senators have signed goaltender Anton Forsberg to a one-year, US$900,000 extension. 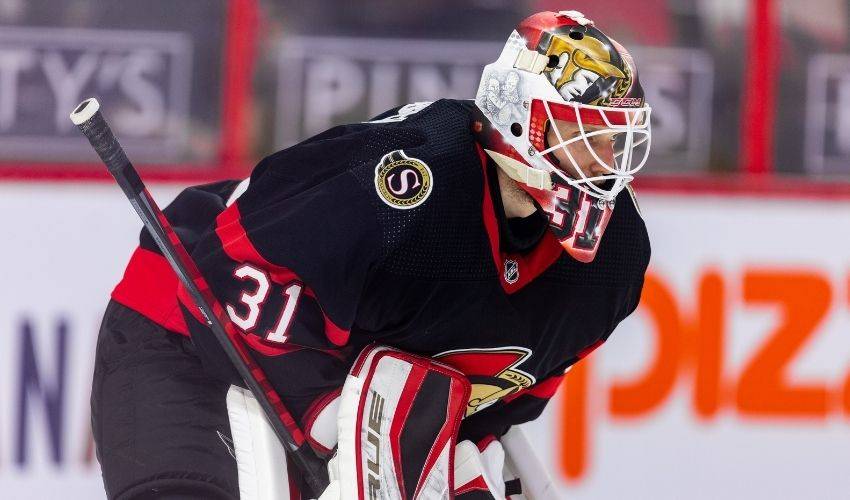 OTTAWA — The Ottawa Senators have signed goaltender Anton Forsberg to a one-year, US$900,000 extension.

The 28-year-old Forsberg was claimed off waivers from the Winnipeg Jets on March 17. He is 2-3-1 for the Senators with a 3.18 goals-against average and .910 save percentage.

A native of Harnosand, Sweden, Forsberg was selected in the seventh round (188th overall) of the 2011 NHL draft by the Columbus Blue Jackets.

In 54 career NHL games over five-plus seasons with Columbus, the Chicago Blackhawks, the Carolina Hurricanes and the Senators, he has posted a record of 14-28-5 while registering a 3.21 GAA and a .902 save percentage.

"Anton's addition has been a steadying one for us this season," Senators general manager Pierre Dorion said in a statement.

"He possesses a calm and controlled playing style, has good size and ability, is a tireless worker with good habits and is a good teammate. He's worked hard in practice to earn his playing opportunities and this contract extension."

This report by The Canadian Press was first published May 5, 2021.