Jets' Ehlers out for rest of regular season, could be back for playoffs

Maurice said Ehlers suffered the injury in the Jets' 4-1 loss to the Maple Leafs on Saturday. 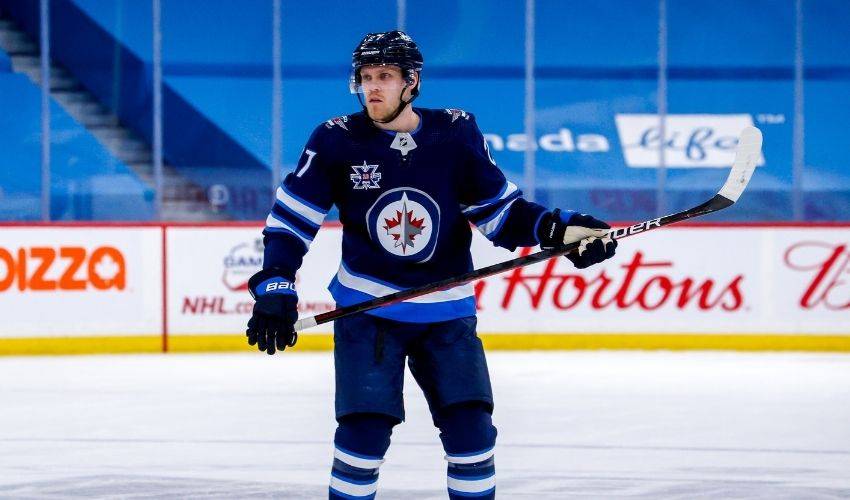 Winnipeg Jets head coach Paul Maurice says forward Nikolaj Ehlers is out for the remainder of the regular season with an upper body injury.

Maurice said Ehlers suffered the injury in the Jets' 4-1 loss to the Maple Leafs on Saturday.

The Winnipeg coach said he couldn't tell exactly when Ehlers hurt as he was involved in a number of hits during the game. Ehlers did go to the Jets' locker room after a third-period collision with Leafs defenceman Jake Muzzin, but he returned to finish the game.

Maurice said he is "confident" Ehlers will be back for the post-season.

Losing Ehlers, who has 21 goals and 25 assists in 47 games this season, comes as the Jets are fighting to solidify a top spot in the North Division ahead of the post-season.

Winnipeg entered Monday's game against visiting Edmonton in second place in the North, one point ahead of the Oilers and eight points back of the division-leading Maple Leafs.

Winnipeg has played two more games than Edmonton and one fewer game than Toronto.

The Jets have nine more games this season, including two against the Oilers and one against the Maple Leafs.