Shaw announced his retirement Monday on the advice of doctors after multiple concussions over the course of his career. 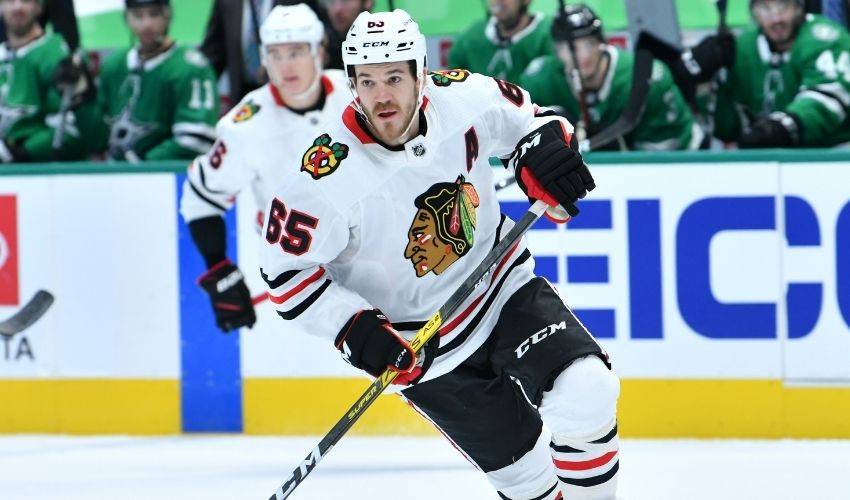 CHICAGO — Andrew Shaw was the scrappy “mutt” on a star-studded team, a gritty fan who helped the Chicago Blackhawks win two Stanley Cups. Now, he is calling it a career.

Shaw announced his retirement Monday on the advice of doctors after multiple concussions over the course of his career.

The forward from Belleville, Ontario, played 10 seasons in the NHL, seven with Chicago sandwiched around three with Montreal. In all, the fifth-round draft pick in 2011 piled up 116 goals, 131 assists and 573 penalty minutes as he brought a grinding, pesky presence to the front line. The stats he was likely most proud of: A career plus-24 and 14 game-winning goals.

“I was always told I was never good enough, never big enough, never fast enough, never skilled enough,” Shaw said. “I'm just grateful for the time I had — 10 years, two Stanley Cups, over 500 games. I have a lot of memories. Maybe people saying all those things put a chip on my shoulder and made me want to prove them wrong. But the reason I think I eventually made it is for the love of the game.”

It was because of that love of the game the 29-year-old Shaw hoped he would be able to play again after he suffered his latest concussion Feb. 9 against Dallas. He also realized at the time he might have to retire. He wound up appearing in 14 games this season, scoring two goals.

“Though he has recovered, given the potential long-term consequences of repetitive concussions, we have advised him to discontinue his career as a professional hockey player,” team Dr. Michael Terry said. “The Blackhawks are very supportive of his decision to prioritize his long-term health.”

The Blackhawks have been a bit of a surprise, contending for a playoff spot despite captain Jonathan Toews being sidelined all season because of an illness. Brent Seabrook, a key player on Chicago's three championship teams, called it a career in March following a right hip injury.

Shaw, generously listed at 5-foot-11 and 180 pounds, was a self-described “mutt” on a team with budding stars and quickly became a fan in Chicago for his scrappy play. Many welcomed his return from Montreal last year.

“It's unfortunate, but I'm trying to look on the bright side, all the great moments that Andrew brought to the group,” general manager Stan Bowman said. “Just his presence, being around. Such a fun person to be around. He's got so much energy. He really lifted the group up.”

He spent his first five seasons with the Blackhawks, helping them win the Stanley Cup in 2013 and 2015, and was part of one of the most memorable plays in franchise history. He was credited with a goal in the third overtime of Game 1 of the 2013 Stanley Cup Final against Boston when the puck went off his right shin pad and into the net. Two years later, he jumped in a goalmouth scramble and knocked the puck into the net with a soccer-style header in a game at Anaheim in the Western Conference Final, though it was disallowed.

“Listening to doctors for once in my life, we finally made a decision that it would be best for me to step away from the game because there's no way I can change the way I play,” Shaw said. “I'm just going to keep putting myself in vulnerable situations."

Shaw said his wife “used to love when I'd fight.” But lately?

Shaw said he would miss the fans and his teammates. He credited former coach Joel Quenneville for his development and mentioned the support he received from his family. He plans to help his dad build a house