Radulov done, Bishop won't play at all for Stars this season

Dallas Stars forward Alexander Radulov will not return this season because he needs surgery. Goaltender Ben Bishop won't play at all. 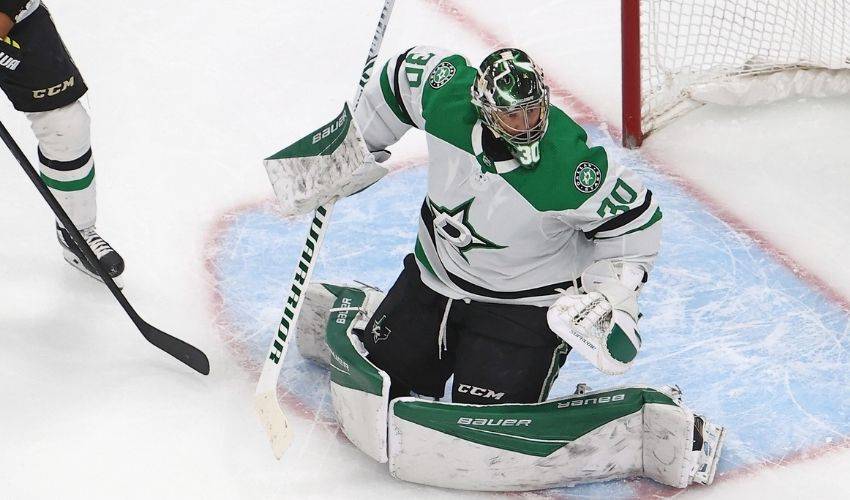 High-scoring Dallas Stars forward Alexander Radulov will not return this season because he needs surgery to repair a core muscle injury. Goaltender Ben Bishop won't play at all.

Stars general manager Jim Nill said Wednesday that Radulov is expected to be fully recovered for the 2021-22 season. Radulov, primarily on the top line with Jamie Benn and Joe Pavelski when he did play, was limited to only 11 games this season because of a lower-body injury.

“The 11 games he’s played with us, he was a huge part of the team and we miss him, and we’re going to continue to miss him,” coach Rick Bowness said. “It's disappointing. All I know is Rads has done everything he can, and the organization has done everything they can to get him back on the ice, and it just hasn’t worked out.”

Bishop, who hasn't played any games after twice having knee surgery last year, will not play this season. Nill said the move will allow Bishop time to continue his rehabilitation and return to full health for the start of 2021-22.

Radulov hasn't played since March 18, which was his third game back after initially missing more than five weeks. Nill had said earlier this week that the forward would see a specialist before a long-term decision was made on his playing status. The Stars didn't say when the surgery would be done.

Radulov has one season left on his five-year deal, and Bishop has two seasons left on a six-year deal he signed with the Stars.

Radulov had 12 points (four goals, eight assists) and a plus-9 rating in his 11 games this season for the defending Western Conference champion Stars, who are in sixth place in the Central Division with 15 games to play.

The Stars also announced a $1.5 million, two-year contract extension for Joel Hanley through the 2022-23 season. The 29-year-old player has played in 24 games this season with 25 hits and 21 blocked shots, all career highs.

The undrafted Hanley has appeared in 70 games over parts of six seasons with Montreal, Arizona and Dallas. He signed with the Stars as a free agent three years ago.