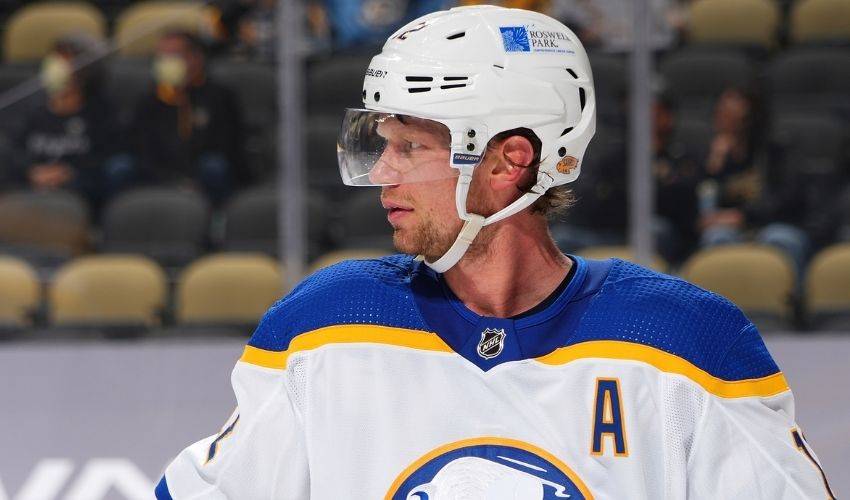 The Montreal Canadiens have acquired the veteran centre from the Buffalo Sabres for the club's third- and fifth-round picks in the 2021 NHL draft.

As part of the deal announced Friday, the Sabres will retain half of Staal's US$3.25-million salary.

The 36-year-old played 32 games with last-place Buffalo in 2021, registering three goals and 10 points.

Staal, who made his NHL debut in 2003, has 439 goals and 1,031 points in 1,272 regular-season games with the Carolina Hurricanes, Minnesota Wild, New York Rangers and Sabres. A Stanley Cup champion with Carolina in 2006, the Thunder Bay, Ont., product has added 21 goals and 51 points in 62 playoff contests.

Staal will have to serve a quarantine before joining his new team due to border restrictions related to non-essential travel.

Montreal had four of its games postponed this week and the club's practice facility closed after forwards Jesperi Kotkaniemi and Joel Armia were added to the NHL's COVID-19 protocol list. Canadiens general manager Marc Bergevin confirmed Thursday that one of his players had tested positive for a variant.

The No. 2 pick by Carolina at the 2003 draft, Staal helped Canada win gold at the 2010 Vancouver Olympics. He also topped the podium at the 2007 world championships and earned a silver medal at the same tournament in 2008.

The Sabres are currently on an ugly 16-game winless streak.

This report by The Canadian Press was first published March 26, 2021.