NHL postpones Canadiens games through Sunday due to COVID-19 concerns

The American-based NHL divisions have dealt with postponement challenges due to COVID-19 this season. Now it's the North Division's turn. 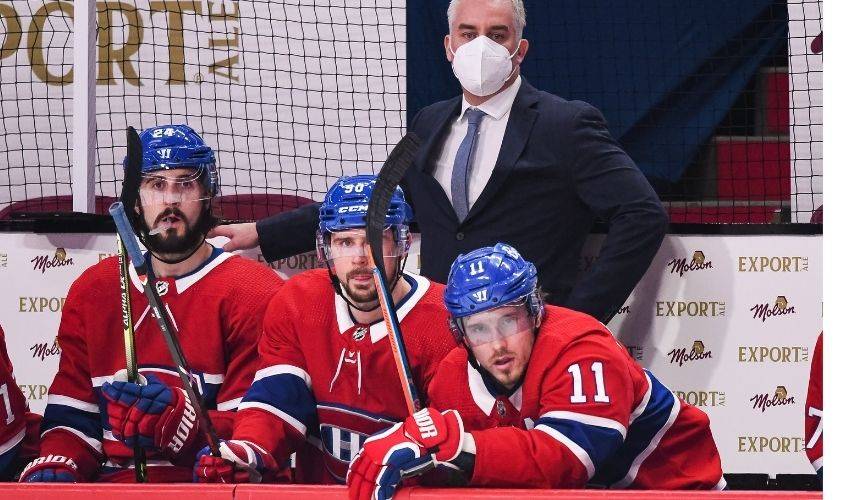 MONTREAL — The American-based NHL divisions have dealt with postponement challenges due to COVID-19 concerns this season. Now it's the Canadian-based North Division's turn.

The NHL announced Tuesday that the Montreal Canadiens have had their games through Sunday postponed.

The league made the announcement Tuesday, a day after the Canadiens game against the visiting Edmonton Oilers was postponed following the addition of Montreal forwards Joel Armia and Jesperi Kotkaniemi to the NHL's COVID protocol list.

The NHL said decision was made by the medical groups from the league, the NHL Players' Association and the Canadiens.

The league said it's expected that the Canadiens will be able to re-open their facilities for practice on Monday pending COVID-19 test results over the next few days.

Montreal and Edmonton were scheduled to meet again Wednesday and Friday at the Bell Centre. The decision also affects a home game Sunday against Ottawa.

The Canadiens cancelled their off-day practice Tuesday but the Oilers were back on the ice Wednesday at the Bell Centre.

"You've got to try to take advantage of it," Oilers coach Dave Tippett said of the unexpected break in the busy shortened season. "Amazingly we had a real up-tempo practice out there. I thought the guys were in great spirits. Maybe the extra day (off) was good for them."

The NHL announced the postponement of Monday night's game about a half hour before the scheduled 7 p.m. opening faceoff.

"It is a bit of a weird situation," said Oilers forward Ryan Nugent-Hopkins. "But obviously other teams have gone through it. It's the situation we're in this year. So we rolled with it and we'll go from there."

There was no immediate word on makeup dates for the games, the first North Division matchups to be postponed this season due to COVID protocol.

"You've got to roll with the punches a little bit," Tippett said. "That's exactly where it's at. We know we're going to have to make up the game somewhere. It's part of what we're dealing with this year.

"Hopefully it's not a big concern and you just continue to move on. You look at the game in front of you and that's the one you've got to prepare for and hopefully you play well."

The start time for a game between the two teams on Feb. 11 was pushed back an hour after Edmonton forward Jesse Puljujarvi was placed on the protocol list. He was deemed eligible to resume team activities two days later.

Edmonton is tied with Toronto for top spot in the North Division standings with 42 points. The Maple Leafs have two games in hand on the Oilers.

North Division teams were idle Tuesday night. The Winnipeg Jets are alone in third place with 40 points, three more than the Canadiens.

There have been 41 games postponed this season because of COVID protocol. The truncated 56-game campaign began Jan. 13.

"Players hear and they see what's going on around the league and it's not out of the norm to have a game (postponed)," Tippett said. "It's unfortunate that it's happened to us but you just deal with it and move on."

This report by The Canadian Press was first published March 23, 2021.