The National Hockey League and ESPN are together again. 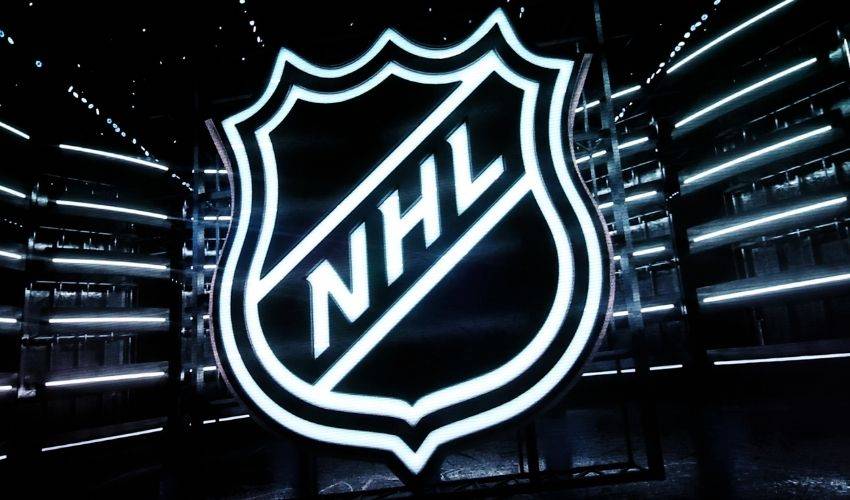 When Jimmy Pitaro became ESPN's chairman three years ago, one of the first long-term goals he gave to his staff was trying to regain the National Hockey League rights when they became available again.

On Wednesday, Pitaro was able to check that one off his list. The NHL and ESPN are together again after announcing a seven-year agreement that also includes extensive streaming rights.

“This is a transformative time in media, especially sports media. It puts us on the cutting edge of content distribution with a great linear package as well as a forward-looking strategy, focusing on the impact of streaming,” NHL Commissioner Gary Bettman said. “This is a win, win, win. A win for ESPN and The Walt Disney Company, a win for the NHL, and most importantly, a win for fans.”

ESPN has a long history with the league, stretching back to the network's launch, but hasn't aired games since 2004. Bettman said discussions with ESPN began to intensify the last two months.

Under the new agreement, the Stanley Cup Final will air on ABC in four of the seven years, beginning next season. It also includes the All-Star game and 25 regular-season games, with the likely breakdown being 15 on ESPN and 10 on ABC. The ABC games likely would air on Saturdays beginning around the All-Star game, with the ESPN top game being on Thursday.

During the playoffs, ESPN and ABC also will have first choice of which conference final series to carry as well as half of the first- and second-round games.

“The NHL has a young demographic and one of our top priorities is audience expansion,” Pitaro said. “As we look to attracting the younger generation, we think NHL content and live games are going to significantly help us.”

The more significant part of the deal is the streaming component. ESPN will produce 75 national games per season that will stream exclusively on both ESPN+ and Hulu. The NHL.TV package — which has more than 1,000 out-of-market games — will move to ESPN+ and be a part of the base package.

Disney Streaming Services has been managing the NHL's , app and out-of-market package after taking over BAMTech. The company was started by MLB Advanced Media before it was spun off by MLB into a separate company and Disney acquired majority ownership. That is why at least one out-of-market baseball and hockey game are available on ESPN+ during the regular season. ESPN+ also has a nightly hockey show.

Pitaro said during a conference call that Hulu has over 39 million subscribers. Walt Disney Company reported in its fourth-quarter earnings that ESPN+ had 12.1 million subscribers as of Jan. 2. Disney owns two-thirds of Hulu and has been offering packages that include Hulu, ESPN+ and Disney+.

The NHL did not release numbers for NHL.TV subscribers. Pitaro also did not say if he expected ESPN+'s subscription fee of $5.99 per month or $59.99 per year to increase. That is still significant savings over the $24.99 per month and $144.99 per year for NHL.TV.

Bettman said the deal gives the NHL the best of both worlds — a strong linear package and a forward-thinking digital strategy.

“This deal reflects the reality of what the media worlds looking like now. Everybody knows that cord-cutting and streaming platforms are growing dramatically. This is an opportunity for our younger fans to give them what they want on the places where they go for content,” Bettman said.

Pitaro said the next step is evaluating announcers, analysts and studio talent. Steve Levy, who had a good first season calling “Monday Night Football,” and John Buccigross have ties to when ESPN did hockey and Barry Melrose still does analysis. Social media is also for the return of Gary Thorne, who was the network's lead play-by-play voice from 1992-2004.

NBC is in the final season of a 10-year contract with the NHL worth $2 billion — including $250 million this season. Disney will be paying a little over $2.8 billion over the next seven seasons (an average of $410 million per year). While the numbers show the average per year is more than double, one-fourth of that amount is for the digital rights Disney currently manages.

NBC has aired games since 2005 and is still among the bidders for the other part of the deal, which includes three Stanley Cup Finals.

Fox Sports and CBS are also likely to put in bids. Fox had NHL rights from 1995-99. Where all three networks stand could become more clear after the NFL’s television rights are finalized.

Bettman said discussions on the second package are likely to accelerate the next couple weeks now that ESPN's is completed.

“NBC is under consideration (for the second package). They’ve been good partners. And as we move forward, we’re going to continue our dialogue with them, and see if we can get it all together and continue what has been a very productive relationship for both of us,” Bettman said.