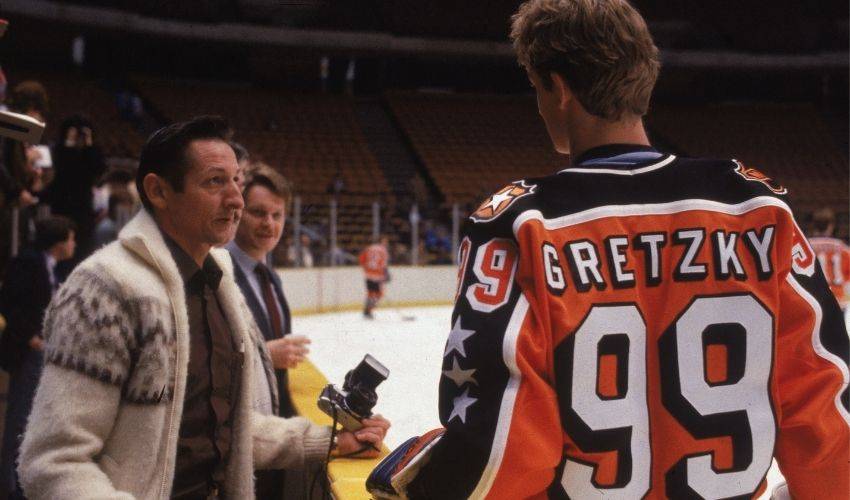 Walter Gretzky, a blue-collar symbol of a devoted hockey parent in a country filled with them, has died.  Tributes poured in shortly after his son, hockey great Wayne Gretzky, confirmed the 82-year-old's death Thursday night.

Here is what some in the hockey world had to say about the Gretzky patriarch:

"Walter Gretzky cared deeply about his family and his community - his kindness was undeniable, his passion was obvious, and his impact was immense. My thoughts are with Wayne and the entire Gretzky family, and all who are mourning the loss of Canada’s hockey dad." — Prime Minister Justin Trudeau.

“Our company is proud of our association with Walter Gretzky and the role he played helping build our company over his more than three decades serving our customers, while also nurturing the talents and dreams of his young family.” — Bell CEO Mirko Bibic.

"Sad news!!! Walter Gretzky was so genuine and such a people person. If we had more people like Walter on this earth, the world undoubtedly would be a better place!!!" — former NHLer Marc Savard.

"I’m so sorry to hear of Walter Gretzky’s passing. A legend. A gentleman. A kind soul. He cared about so may others before himself. I think that if we aspired to be half as great as Walter, we would be ok." — former NHLer Darren Pang.

"Always the gentleman. Always had a smile and so incredibly generous with his time. Canada’s hockey dad is a very fitting description." — Toronto Maple Leafs president Brendan Shanahan.

"He was truly a great guy. Godspeed Walter." — Don Cherry.

"My heart goes out to the Gretzky family. He was what we all picture as a proud hockey dad." — former NHLer Martin Biron.

"Obviously a pioneer of the game. And it’s a really sad day, so my condolences go out to the Gretzky family." -- Toronto Maple Leafs centre and alternate captain Auston Matthews

This report by The Canadian Press was first published March 5, 2021.