Lundqvist back on ice, 'months' away from deciding future

Henrik Lundqvist said Thursday he’s months away from making a decision about his hockey-playing future. 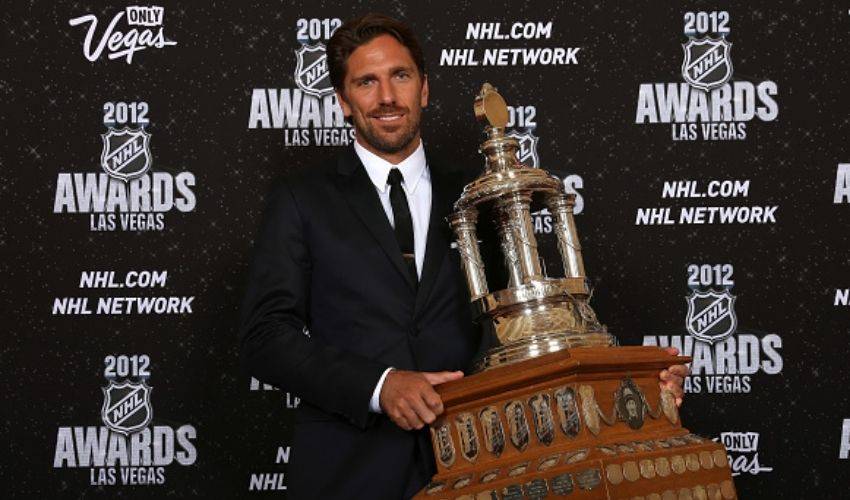 WASHINGTON — Henrik Lundqvist said Thursday he’s months away from making a decision about his hockey-playing future after returning to the ice less than two months since undergoing open-heart surgery.

The 38-year-old goaltender posted videos to social media earlier this week of himself in goaltending gear taking shots in net. That generated plenty of buzz and smiles around the NHL.

“Nothing could warm your heart more than seeing that,” longtime New York Rangers teammate Chris Kreider said. “That’s some of the best news that I’ve heard in along time, and we're thrilled for him. Hopefully he’s got a lot of hockey left in him and hopefully just keeps on progressing and leaves this in his rearview mirror.”

“Going to the rink this week has been very rewarding,” Lundqvist tweeted. “My health is obviously my No. 1 priority. It will be months before I can make any decisions regarding my future after more tests (and conversations) with doctors. The one thing I do know with 100% certainty is that I still love the game.”

A message for Lundqvist's agent was not immediately returned. Washington Capitals general manager Brian MacLellan said in December he “would make that assumption” Lundqvist would not play this season, which is scheduled to run until mid-May before the playoffs begin.

Lundqvist announced in December a heart condition would prevent him from playing this NHL season and that he’d be having aortic valve, aortic root and ascending aortic replacement. He signed a one-year deal with Washington last fall after playing 15 seasons with the Rangers.

According to his social media posts, Lundqvist had surgery in early January at the Cleveland Clinic.

“Obviously those videos made it look like he’s progressing well,” said Capitals winger Carl Hagelin, a fellow Swede who was also a teammate of Lundqvist's with the Rangers. “He seemed excited, and I think that’s a great step for him.”

Lundqvist's videos indicated it was his first time driving and taking shots in goal since the operation 47 days earlier.

“Open-heart surgery how long ago and he’s already feeling better, he’s already active,” Kreider said. “You’d expect nothing less from him. He’s not the kind of guy who’s going to sit on his hands. He’s got to recover actively. He’s a guy who always needs to move.”

Neither Lundqvist nor the Capitals described his absence as a retirement. The team placed him on long-term injured reserve at the start of the season.

Lundqvist turns 39 on March 2, but it would be premature to say his career is over after the latest step forward — even if it's a long road back.

"He’s getting to do what he loves to do," Hagelin said. “I knew his goal was always to get back. I didn’t know how long it was going to take before he skated for the first time. What’s it been, 50 days or something? That’s obviously pretty quick. We’re all happy for him and hopefully he keeps doing better and better.”