Sabres' Ristolainen eager to return after bout with COVID-19

Buffalo Sabres defenceman Rasmus Ristolainen is putting behind the frightening two-week bout he had with COVID-19. 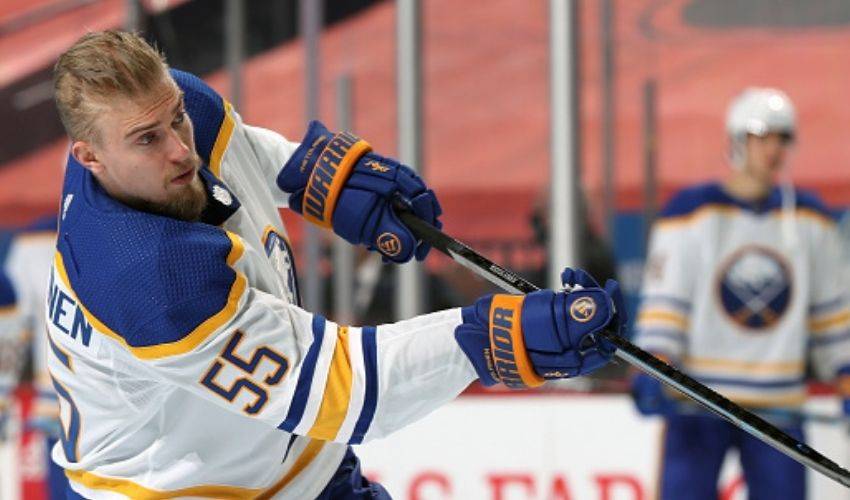 BUFFALO, N.Y. — Buffalo Sabres Rasmus Ristolainen is putting behind the frightening two-week bout he had with COVID-19 by focusing his energy on getting back into game shape.

“The way I think about it, it’s just a bump in the road, and it’s going to make me tougher and better,” Ristolainen said during a video conference call Thursday in his first comments since sharing his experience with the Finnish newspaper Ilta-Sanomat last week. “Right now, I feel really good. Energy level has been getting better every day.”

The 26-year-old Ristolainen joined forward Taylor Hall as the first of eventually nine Sabres players placed on the NHL’s COVID-19 list starting on Feb. 2, immediately following a two-game series against the New Jersey Devils. He spent 14 days on the list, becoming one of Buffalo's last players cleared during the team's outbreak, which included coach Ralph Krueger also testing positive.

There is no timetable for Ristolainen’s return. After hosting the Devils on Thursday night, the Sabres have a two-game weekend series against the Philadelphia Flyers.

“It was kind of hard because how I kind of felt like you didn’t know what to expect the next day,” he said. “It went better for a few days, so I was kind of feeling, `Hey, maybe it’s over now.' But then after a few good days, it came again with some new weird symptoms.”

Ristolainen went into further detail with the Finnish newspaper, saying he experienced such severe chest pains that “it felt like my heart was cracking as I walked up the stairs.” He also said there were times he would go to bed not sure if he would wake up the next morning.

On Thursday, Ristolainen said he’s been symptom free for the past week.

“I’m not there, but right now I feel I’m really close, and I feel really good,” he said.

Ristolainen has been the Sabres' defensive workhorse in averaging a team-high 22-plus minutes of ice time over each of his last six seasons. Buffalo's blue line has been depleted by injuries with Jake McCabe (right knee) and Will Borgen (broken right forearm) both sidelined for extensive stretches.