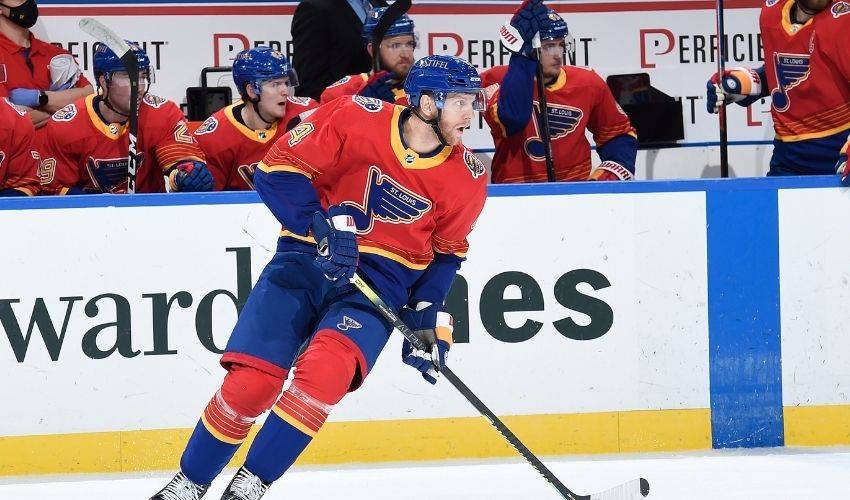 Gunnarsson injured his right knee when he got tangled up with Kings forward Gabe Vilardi midway through a 3-0 loss to Los Angeles on Monday night. Barbashev had surgery on his left ankle Tuesday morning and will be re-evaluated in early April.

“It’s the situation that we’re in,” coach Craig Berube said after an optional practice. “We’ve just got to move forward and go play and win some games.

The Blues are a long way from their Stanley Cup celebration in June 2019 after letting captain Alex Pietrangelo leave in free agency, losing Alex Steen to retirement because of a back injury, and playing without Tarasenko all season after another operation on his left shoulder.

Then came Bozak's injury from a big hit, Thomas' broken hand, Schwartz's lower-body injury and Parayko's upper-body injury. Bozak is skating and seems the closest to returning; Berube didn't have any updates on Schwartz or Parayko.

“We’ve just got to keep grinding through this and keep working together,” Berube said. "The biggest thing is just sticking together as a team, making sure we’re doing that, and guys that are going in the lineup are getting an opportunity to play. We need everybody just to step up."

One of those players the Blues need to step up is forward Mackenzie MacEachern, who called losing Gunnarsson “a sad day for the team." On , there's more of an onus on young players Niko Mikkola and Jake Walman.

“Them and other guys that are in there right now,” Berube said. “They don’t have to come in and be special. We’re asking them just to come in and do the job that they’re asked to do.”

St. Louis has lost two in a row but remains in second place in the West Division. Tarasenko is skating, and general manager Doug Armstrong has said he expects the 29-year-old Russian to be back well before the end of the regular season, which runs until early May.