The injuries are piling up for the Toronto Maple Leafs. 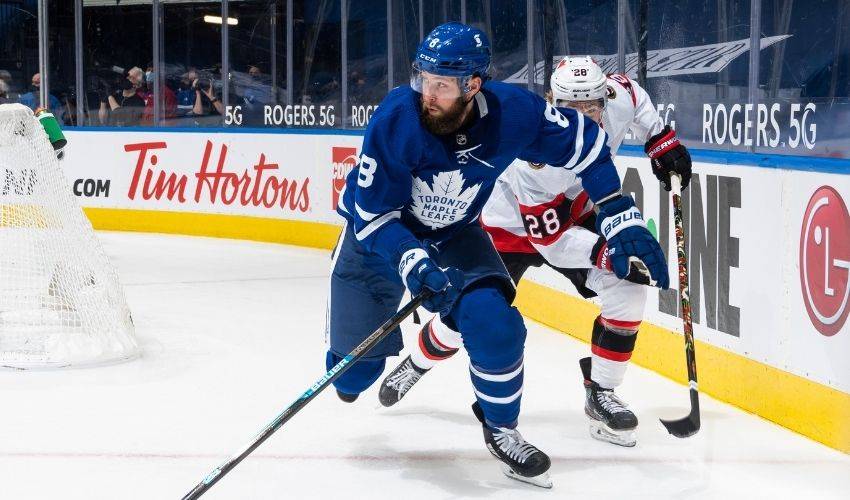 TORONTO — The injuries are piling up for the Toronto Maple Leafs.

Head coach Sheldon Keefe said at Monday's practice that defenceman Jake Muzzin has suffered a broken facial bone and will be out an undetermined amount of time. Zach Hyman and Joe Thornton were also listed as out day-to-day with undisclosed injuries.

Then, just before the opening faceoff of the Maple Leafs' home game against the Calgary Flames, the team announced that starting goaltender Frederik Andersen would not play due to a lower-body injury.

Michael Hutchinson was given the start against Calgary in Andersen's place.

Keefe said Muzzin is awaiting diagnosis, which will determine a timeline for his absence. He will wear a full face shield when he returns.

Travis Dermott will move into the Leafs' defensive top-4 while Muzzin is out, Keefe said.

Thornton is out again after missing 10 games with a rib injury. He returned Feb. 15 and has seven points in four games this month.

Hyman has four goals and six assists in 18 games. He played in Toronto's 5-3 win over Montreal on Saturday after missing the Maple Leafs' previous game.

This report by The Canadian Press was first published Feb. 22, 2021.