New York Rangers star Artemi Panarin is taking a leave of absence from the team. 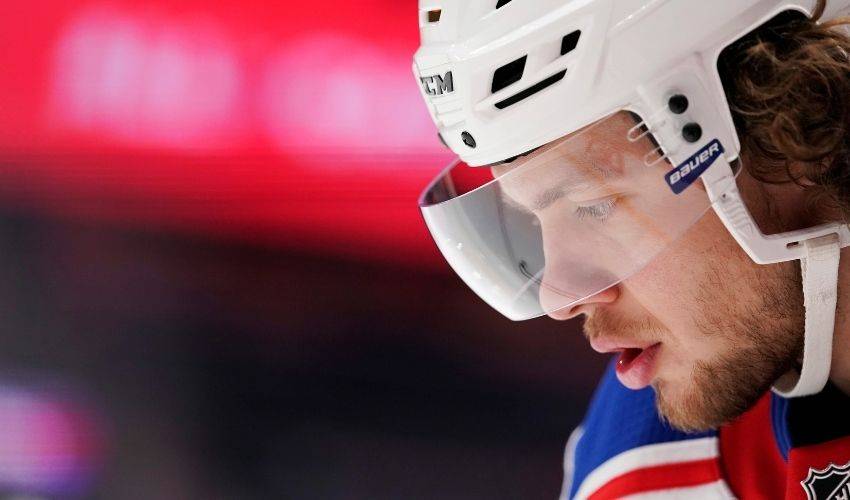 New York Rangers star Artemi Panarin is taking a leave of absence from the team after a Russian tabloid printed allegations from a former coach that he attacked a woman in Latvia almost a decade ago, which he denies.

Andrei Nazarov, a former NHL enforcer who coached Panarin in the Kontinental Hockey League, told Russian tabloid Komsomolskaya Pravda in a story published Saturday that Panarin attacked an 18-year-old Latvian woman in a hotel bar in the Latvian capital of Riga following a game in December 2011.

Nazarov told the tabloid that Panarin knocked the woman to the floor with “several powerful blows.” Nazarov added that he later heard that the Latvian authorities looked into the incident but that no action was taken after “authoritative” locals negotiated with the police not to pursue the case, allegedly after money changed hands.

Nazarov said he was motivated to speak about the alleged incident because he disagreed with Panarin’s repeated criticism of the Russian government.

“Artemi vehemently and unequivocally denies any and all allegations in this fabricated story," the Rangers said in a statement Monday. "This is clearly an intimidation tactic being used against him for being outspoken on recent political events. Artemi is obviously shaken and concerned and will take some time away from the team. The Rangers fully support Artemi and will work with him to identify the source of these unfounded allegations.”

Panarin has been a vocal critic of Russian President Vladimir Putin and last month posted his support on social media for opposition leader Alexei Navalny, who was arrested last month upon returning to Moscow and was sentenced to two years and eight months in prison for violating terms of his probation.

Panarin, 29, has played in the NHL since 2015 and was a finalist for the league's MVP award last season. He won the Calder Trophy as rookie of the year in 2016 with Chicago where he played two seasons, went to Columbus for two more and then signed an $81.5 million, seven-year contract with New York in 2019.

He leads the Rangers with 18 points on five goals and 13 assists. They next play Wednesday against Philadelphia.

Panarin played for Nazarov with Vityaz Chekhov from 2010-2012.