Doug Armstrong will be the general manager of Canada's men's Olympic hockey team if NHL players participate next year in Beijing. 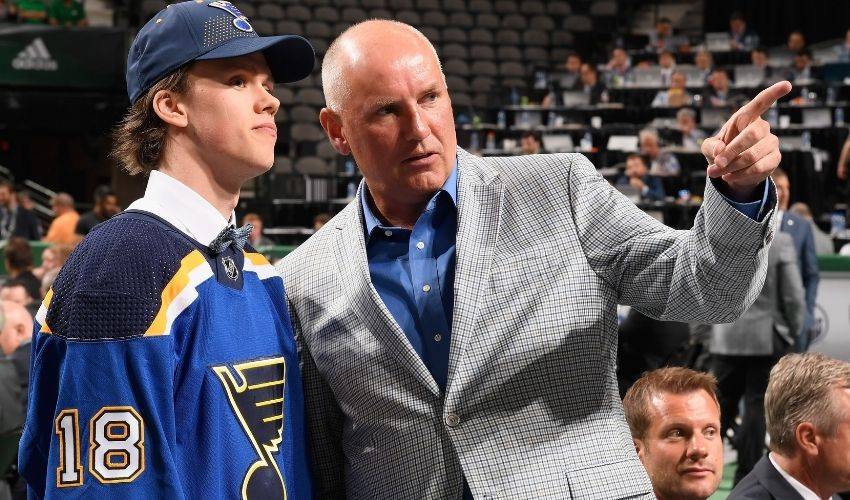 CALGARY — Doug Armstrong will be the general manager of Canada's men's Olympic hockey team if NHL players participate next year in Beijing.

Hockey Canada announced Wednesday the St. Louis Blues GM has secured the top role after serving on the management team that helped the country win gold medals in Vancouver in 2010 and Sochi in 2014.

"Any time you're asked to participate for Hockey Canada, it's a great honour," Armstrong said during a news conference in St. Louis. "Certainly at the Olympics, working with the guys I get to work with is going to be a special thrill. We're hoping the NHL and the NHLPA can continue to find a way to get us there. We'll work towards (the event) like we're going."

"I sort of use the analogy it's like playing Russian roulette being the manager of Team Canada," Armstrong said. "It's exhilarating, it's nervousness and it's a lot of fun and you only get to lose once.

"You know the rules going in. There's great expectations in Canada to put a team on the ice that's productive, that fights and wins gold medals. That's our goal going in. You understand the pressures that goes with it. You understand there's 38 million people that are going to have questions about the team we pick. You just move on and do the best you can and hope it works out."

“Under Doug’s leadership, as well as that of our entire management group, we’re thrilled to task them to lead us into 2022, with the opportunity to oversee our staff and players as they compete for an Olympic gold medal," Renney said in a statement.

The NHL declined to participate in the 2018 Games in Pyeongchang, South Korea, after sending its players to the five previous Olympics.

But the league and the NHL Players' Association greenlighted negotiations with the International Olympic Committee and the International Ice Hockey Federation on participation at the 2022 and 2026 Winter Games when the two sides extended the current collective bargaining agreement in July.

Canada won bronze with a team made up of mostly European-based professionals in 2018.

This report by The Canadian Press was first published Feb. 3, 2021.