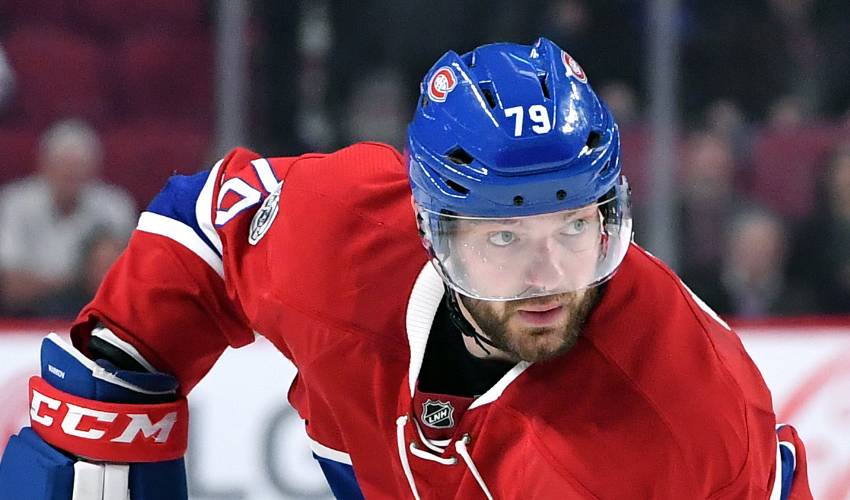 The 41-year-old Markov announced his retirement from pro hockey on Thursday — a career that started and ended in Russia with 16 seasons with Montreal in between.

Markov played 990 regular-season games with the Canadiens between 2000 and 2017 before returning home to Russia to finish his pro career.

Markov spent his final three years in the Kontinental Hockey League, suiting up for the last time in the 2019-20 season with Lokomotiv Yaroslavl.

Montreal selected Markov 162nd overall in 1998 after he showed his potential in Russia as a teenager playing for Voskresensk Khimik. Following a stint with Moscow Dynamo, Markov left home and made his Canadiens debut in 2010.

"Thank you for everything you've done for the Canadiens and congratulations on an incredible career, Andrei!," the Canadiens posted on social media.

Markov, who averaged 23 minutes of ice time per game for his NHL career, anchored the Canadiens power play for years, paired with the likes of Sheldon Souray, Mark Streit or P.K. Subban.

The knee injury kept him out of Montreal's improbable 2010 playoff run to the Eastern Conference final that began with a seven-game series victory over the Presidents' Trophy-winning Washington Capitals.

The injuries cast doubt on Markov ever bouncing back.

However a return to action in March 2012 at 33 marked the end of a 16-month absence that included rehabilitation from two knee surgeries involving anterior cruciate ligament reconstructions. He proved the doubters wrong by dressing for five more seasons with the Habs, playing at least 81 games in three of them.

Following the 2016-17 season Markov joined the KHL's Ak Bars Kazan for two campaigns, winning a league championship in 2017-18. He expressed a desire to return to Montreal ahead of this season, but the Habs declined.

Markov was named an alternate captain in 2009-10 and held the 'A' until he returned to Russia. He played under three different Montreal captains — Saku Koivu, Brian Gionta and Max Pacioretty — as well as alongside current captain Shea Weber.

Despite being a proud Russian who represented his home nation internationally, he became a Canadian citizen in July 2010 by taking the oath of citizenship at a ceremony in Montreal.

"I'm happy to be here and proud to be Canadian," the soft-spoken star told reporters after he was sworn in.

Markov is tied with Hall of Famer Guy Lapointe for second in points among Canadiens defencemen, behind only Hall of Famer Larry Robinson (883).

He won gold at the 2008 world hockey championship after Russia beat host Canada 5-4 in overtime in Quebec City.

This report by The Canadian Press was first published April 16, 2020.