Edmonton Oilers chairman Bob Nicholson remembers Colby Cave as a tireless worker on the ice and in the community. 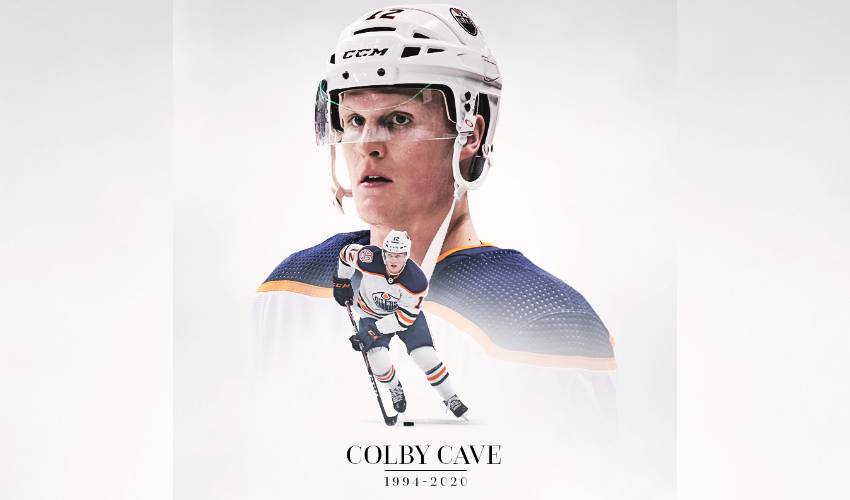 Edmonton Oilers chairman Bob Nicholson remembers Colby Cave as a tireless worker on the ice and in the community.

Nicholson hopes to see the popular forward's impact carried on through the "Colby Cave Memorial Fund," announced Tuesday by the Oilers and the Cave family.

Cave, a native of Battleford, Sask., died Saturday at a Toronto hospital. He was 25.

Cave had been placed in a medically-induced coma last week and underwent emergency surgery to remove a colloid cyst that was causing pressure on his brain.

The fund, which will support mental health initiatives and programs providing access to sports for underprivileged children, will be led by Cave's wife, Emily.

The Oilers said in a release that donations are being accepted now.

"We're looking for people to donate to this, and really have something we can do on an annual basis to make a difference in people's lives," Nicholson said Tuesday on a video conference. "That was something that was really important to Colby. He worked a lot in the community."

Cave played five seasons with the WHL's Swift Current Broncos before signing with the Bruins as an undrafted free agent.

Nicholson remembers Cave as a positive influence, even when things weren't going his way.

Cave bounced from the American Hockey League to the NHL throughout his career but always took setbacks in stride.

"We had a couple of difficult times. Colby went up and down between the Oilers and Bakersfield, and every time (coach Dave Tippett) and (general manager Ken Holland) would talk to him he took it in such a positive way," Nicholson said.

"He went down and worked harder and came back up and scored some great goals. So it was really the character. Always so very very positive."

Emily Cave said in a statement that Colby would be "humbled" by the charitable fund set up in his memory.

"My greatest honour in life will always be that I am Colby Cave's wife. I love him dearly, I always will and miss him beyond words," she said. "He taught me so much. He was genuine, caring, selfless, had a contagious laughter, but most importantly had the biggest heart.

"Though our time with him on earth was cut short, I am grateful that the whole world can now see how incredible my husband was and how lucky I am to be his wife."

This report by The Canadian Press was first published April 14, 2020