John Chayka looked at the Arizona Coyotes roster and their spot atop the Pacific Division and wondered. 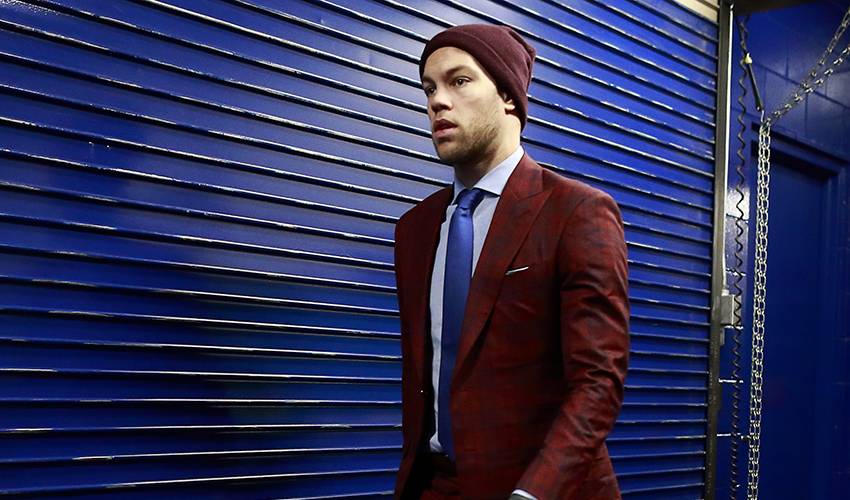 John Chayka looked at the Arizona Coyotes roster and their spot atop the Pacific Division and wondered.

The Coyotes haven't made the playoffs since 2012, and 2018 NHL MVP Taylor Hall was available. The cost was two draft picks and three prospects but no players from the current roster, so he went for it.

After acquiring Hall from New Jersey, Arizona is a legitimate contender in the Western Conference.

“We want to take a run at things here,” Chayka said. “We ask our questions here internally like, ‘Why not us?’ We've got a good group. We've got a chance to contend. You can always look to future years and say, 'What if?' But when we've got a chance right now, we wanted to take our shot.”

The Coyotes haven't had this good a shot at contending in almost a decade. They prevented West rivals like the Colorado Avalanche and defending champion St. Louis from getting Hall, and bolstered a blue-collar roster by adding a 28-year-old wing in his prime.

Hall is a free agent after this season. That doesn't matter. Arizona is in it to win it now.

“Our team's played hard,” said Chayka, who's in his fourth season as Coyotes general manager. “I think we've got a great group of veteran guys here that I would've regretted not giving them the opportunity to hopefully realize a chance to contend for a Stanley Cup.”

The closest the Coyotes have come to the Cup is a five-game Western Conference final loss to Los Angeles in 2012. Adding Hall to a core including young leading scorers Clayton Keller and Nick Schmaltz, wing Phil Kessel, Oliver Ekman-Larsson, and goaltenders Darcy Keumper and Antti Raanta should ratchet up the expectations in the desert.

“I'm joining a team with some young studs, a lot of really good and obviously two goalies that have played amazing this year, you mention those things and that's really what you need in a contender and that's what it looks like the Coyotes are,” Hall said. “I'm not here to guarantee any playoff predictions or anything like that. But you look at the standings, they're in first place in the division and really I'm coming in to help with that.”

Hall has only made the playoffs once in nine NHL seasons with Edmonton and New Jersey, so it's understandable that he doesn't want to jump to conclusions. He wants to take some time to adjust to expectations before setting them too high but is excited about the prospect of returning to the .

“Not every day as a player can you jump that many spots in the standings and come to a team that's in first place in their division,” Hall said. “I'm really just looking forward to winning games.”

The Coyotes traded for Hall to win games now and in the spring. The opportunity to add him before the holiday roster freeze maximizes the benefit and gives them a better opportunity to shift the balance of power in the West for real.

“We felt like if there was an opportunity to improve the group, it was something we were going to look into, and when this opportunity came along, it was something where we wanted to really bolster the group, hopefully give them a shot in the arm,” Chayka said. “We feel like adding guys like Phil Kessel and Taylor Hall, they're players that we haven't seen the likes of these guys in Arizona in terms of their offensive mindset in a long, long time, and we couldn't pass up any opportunity.”