Hockey Hall of Famer and popular longtime NHL executive Jim Gregory, best known for being one of the first to start bringing European players to North America, has died at the age of 83. 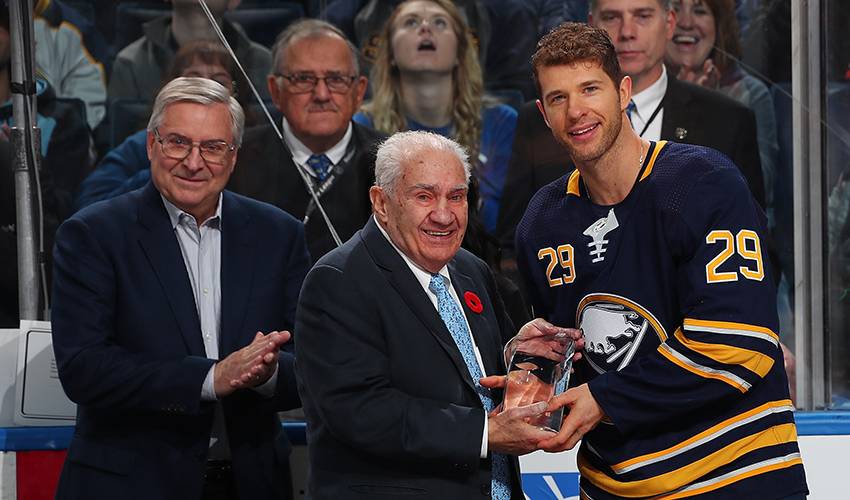 Hockey Hall of Famer and popular longtime NHL executive Jim Gregory, best known for being one of the first to start bringing European players to North America, has died at the age of 83.

The league said Gregory died Wednesday at his home in Toronto. A cause of death was not disclosed.

Gregory spent a decade as general manager of the Toronto Maple Leafs from the late 1960s until the late 1970s and was one of the first to import European players, most notably Swede Borje Salming. He spent almost 40 years with the NHL as director of central scouting, executive director of hockey operations and senior of hockey operations and supervision.

"It is impossible to express the extent to which the National Hockey League family adored Jim Gregory and the loss we feel as a result of his passing," NHL Commissioner Gary Bettman said. "Jim Gregory wasn't just a great 'hockey man,' though he certainly was that. He was a great man — a devoted husband to Rosalie, his wife of 60 years; father to Andrea, Valerie, Maureen and David; grandfather of 13; and mentor and friend to too many to number."

Known around the sport as "Mr. Gregory," he served as chairman of the Hockey Hall of Fame selection committee from 1998-2014 and was a fixture at the NHL draft and other league events. He'd hand out silver sticks to players for reaching 1,000 games played, present new Hall of Famers with their rings and call names on the second day of the draft.

"There's no better man and no better ambassador that represented the NHL so ," retired Aaron Ward said on Twitter. "He was everywhere, at every event, and he'd immediately make you smile just seeing him. That says enough about the man."

Gregory was elected to the Hall of Fame as a builder in 2007. Beyond his years running the Maple Leafs, he was central to the NHL's use of video to review goals and the expansion of the league's Central Scouting system.