The Arizona Coyotes have signed goalie Darcy Kuemper to a two-year contract extension with an average annual salary of $4.5 million. 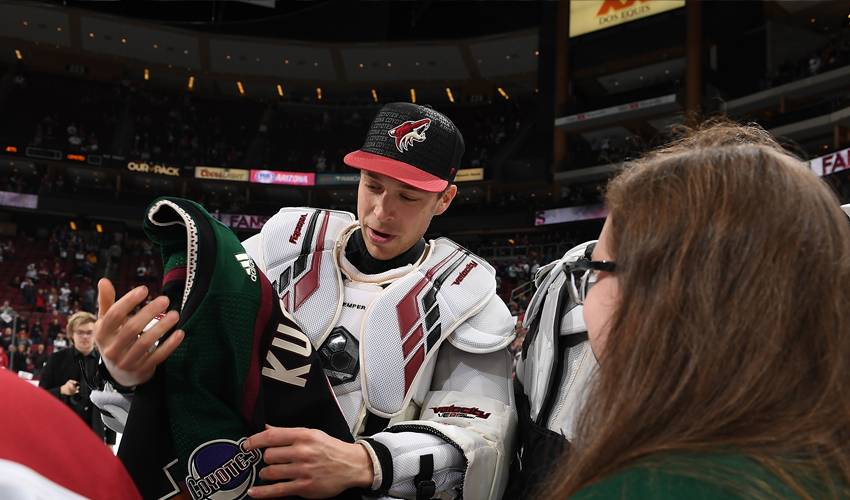 GLENDALE, Ariz. — The Arizona Coyotes have signed goalie Darcy Kuemper to a two-year contract extension with an average annual salary of $4.5 million.

The deal announced Wednesday would keep Kuemper in the desert through the 2021-22 season.

The 29-year-old Kuemper had been a career backup until Arizona’s No. 1 goalie Antti Raanta suffered a season-ending injury last year.

Kuemper is expected to share time with Raanta this season.