Kevin Cheveldayoff can scratch one item off his to-do list, but the Winnipeg Jets general manager is well aware the signing of Patrik Laine doesn't complete his pre-season work. 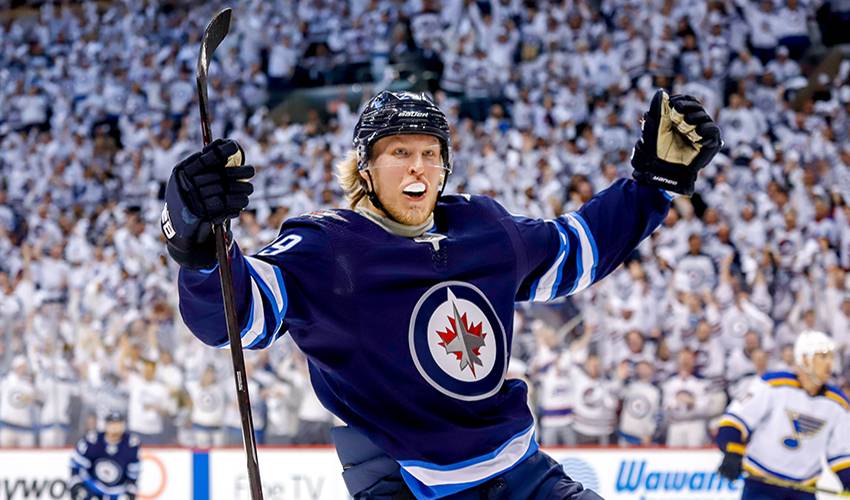 WINNIPEG — Kevin Cheveldayoff can scratch one item off his to-do list, but the Winnipeg Jets general manager is well aware the signing of Patrik Laine doesn't complete his pre-season work.

"As excited as I am, I have to put my work boots back on and keep on grinding," Cheveldayoff said Friday after coming to terms with the restricted free agent on a two-year, US$13.5-million bridge deal.

The Finnish winger was one of two key RFAs for the Jets. Fellow forward Kyle Connor remains unsigned.

The Jets also are dealing with the unclear status of defenceman Dustin Byfuglien, who has been suspended after being granted a leave of absence. It is unknown if and when Byfuglien plans to return. Cheveldayoff said the situation with Byfuglien is "status quo."

As for Laine, Cheveldayoff said the short-term deal made sense for the player and the club. He'll become an RFA again when this contract expires.

"If you look at our salary cap situation, I don't think it's too hard to understand," Cheveldayoff said. "We had only finite dollars to spend and two exceptionally quality players we have to deal with."

Laine was practising with SC Bern in Switzerland while awaiting a deal. He flew back to Finland on Friday and is expected to return to Winnipeg this weekend.

The deal comes six days before the Jets' season opener in New York against the Rangers.

While Laine has been called a streaky player by some, Cheveldayoff doesn't agree.

"If you look at his stats and what he's accomplished at 18, 19, 20 years old, there's not many players who have done that," Cheveldayoff said.

"I think we're just starting to scratch the surface of what he brings to the table."

The Jets now have $66.6 million committed to 22 roster players for this season, according to capfriendly.com. The value does not include Byfuglien's $7.6-million cap hit.

When asked if Laine's deal will affect negotiations with Connor, Cheveldayoff said, "I don't know how to answer that. We're dealing in a salary cap world and have those kind of things to deal with. I think each and every situation is dealt with differently."

Winnipeg made it to the Western Conference final two years ago, but bowed out in the first round of last season's playoffs to the eventual Stanley Cup champion St. Louis Blues.

Prior to that bold move by Montreal's Marc Bergevin, no NHL general manager had signed a player to an offer sheet since 2013 when the Flames tried to woo Ryan O'Reilly out of Colorado before the Avalanche matched the contract. The last RFA to switch teams after agreeing to an offer sheet was Dustin Penner when he went from the Anaheim Ducks to the Edmonton Oilers in the summer of 2007.

Any team that signs an RFA to an offer sheet must pony up compensation of up to four first-round draft picks. With that in mind, the last time an NHL general manager tried to pry an RFA away from a team that held his rights was back in 2013 when Calgary signed Ryan O'Reilly only to watch as the Colorado Avalanche matched the contract.

This report by The Canadian Press was first published Sept. 27, 2019.

Note to readers: This is a corrected story. A previous version had the wrong date and opponent for the Jets' season opener.