The Ottawa Senators have locked up one of their young stars. 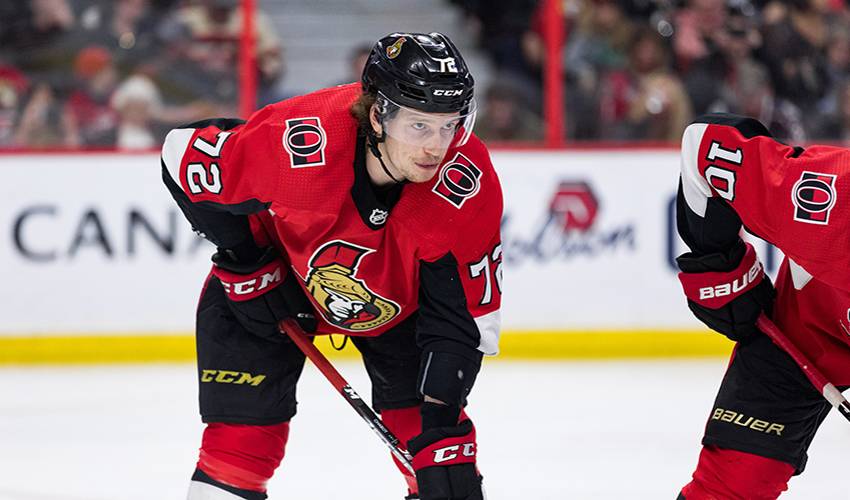 Chabot's decision to remain in Ottawa for the next nine years — he has one season left on his entry-level deal — is a statement that he believes in the Senators' rebuild process and is committed to helping turn the franchise around.

The Senators finished last in the NHL in 2018-19 after trading away three of their best players — Erik Karlsson, Mark Stone and Matt Duchene — when they couldn't sign them to extensions.

"At the end of the day to be here for the next nine years and build something together with the group and get something going and be a real competitive team within the next couple years, this can only be exciting," said Chabot, a native of Sainte-Marie, Que.

"For us, we've had a plan," said Senators general manager Pierre Dorion. "We knew there'd be some tough days, but now we're looking forward to the great days and getting Thomas under contract is part of our long-term plan. There's a long-term process here, but we feel we're definitely headed in the right direction. Having Thomas play probably for the nine prime years of his career is a great thing for our fans."

"It shows that guys want to be here, guys want to be a part of it," Chabot said. "I think when you look at it, to have a chance to play in the best hockey league in the world, and when a team says they want to rebuild and you're the big part of it, you're just lucky to have that to be honest. It's a big chance for you as a hockey player."

Discussions on a new contract started in July and Dorion said from the beginning both sides knew they wanted to get a long-term deal completed.

Chabot is hopeful his and White's decision to sign long term will entice other young players to commit to the Senators as well.

"I hope it will encourage other players to have the same intention," said Chabot. "I think it's important for everyone on this team to be on the same page and have everyone wanting to build together. There's a lot of talent and character in this room, whether it be here or in the AHL in Belleville, there's an enormous amount of talent. I think having the chance to be here for a number of years and build something together will be special and a lot of fun."

White believes both contracts should send a message to fans that the organization is on the right track.

"It speaks a lot to the management here and what they're doing to change things around here," White said. "Now that stuff's over with and it's time to focus on some hockey for us."

Having his top defenceman locked up is a huge relief for new head coach D.J. Smith.

"To have a player of that calibre that you know you have an opportunity to work with and grow with as a team for eight years is outstanding," said Smith. "He's one of the game's best defencemen and I think he has the chance to be one of, if not the best."

While the Senators still have lots of time, fans may wonder how Chabot's decision will impact Brady Tkachuk next year when he enters the final year of his entry-level contract next season. Tkachuk was selected fourth overall in the 2018 NHL draft and is considered one of the team's most promising forwards.

"That's still such a long way's away," said Tkachuk. "I'm just thinking about tomorrow and getting better. I haven't really thought about that at all.

This report by The Canadian Press was first published Sept. 19, 2019.

Note to readers: This is a corrected version of an earlier story. It fixes the spelling of Saint-Marie, Que.