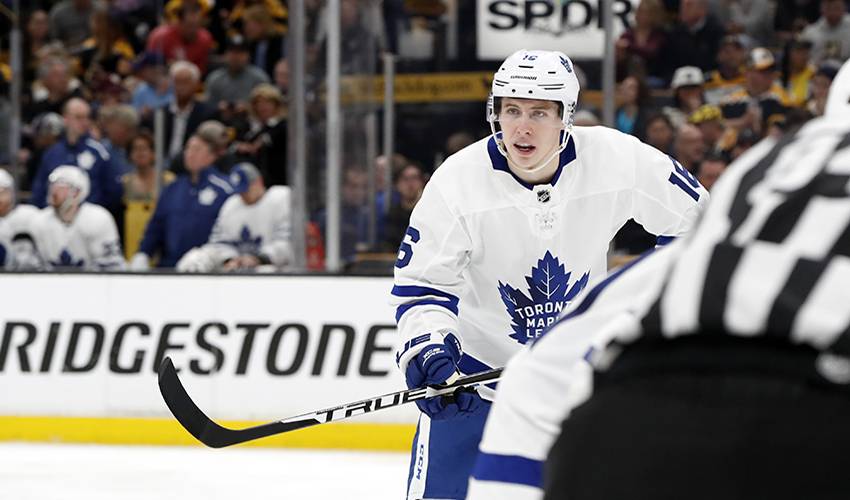 Marner and the Maple Leafs have agreed on a new contract after a long off-season of negotiations. The deal is for six years with an average annual value of US$10.893 million.

"I'm exactly where I want to be, in front of the greatest hockey fans in the world, proudly continuing the tradition with the @MapleLeafs. See you soon," Marner tweeted after the Leafs confirmed the new contract Friday night.

Marner was a no-show for a team golf event on Wednesday and didn't accompany the group to Newfoundland on Thursday for the start of training camp as his representatives continued to negotiate terms of a new deal with Leafs general manager Kyle Dubas.

With a new contract reportedly in place for Marner, the Leafs can start the season with their core in tact unlike last year when Dubas and forward William Nylander were unable to agree to a deal in time.

Nylander, who was also a restricted free agent, sat out the first two months of 2018-19 before putting pen to paper on a deal in December that carries a salary-cap hit close to $7 million over the next five seasons.

Marner, from Markham, Ont., led the Leafs with career-highs in points (94) and assists (68) in 2018-19, and also set a new personal best with 26 goals. The winger played most of the season on a line with John Tavares, who set career-highs of his own with 47 goals and 88 points.

Marner's contract has dominated the hockey conversation in Toronto and across the league this summer as the 22-year-old headlined an impressive class of still-unsigned restricted free agents.

The Leafs open the 2019-20 NHL season on Oct. 2 at home against the Ottawa Senators.