Knights defenceman Theodore says he was treated for cancer

Vegas Golden Knights defenceman Shea Theodore says he underwent surgery for testicular cancer during the off-season and is expected to make a full recovery. 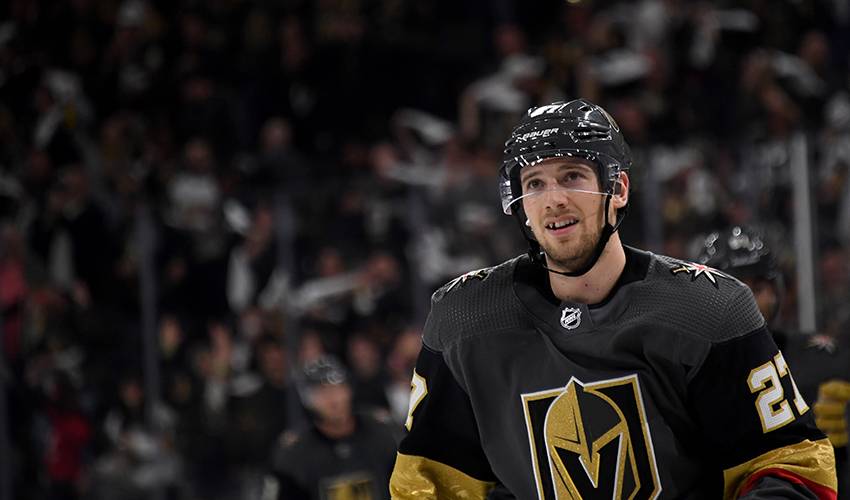 LAS VEGAS — Vegas Golden Knights Shea Theodore says he underwent surgery for testicular cancer during the and is expected to make a full recovery.

Theodore revealed his cancer diagnosis and subsequent treatment in an essay Thursday in The Players' Tribune .

Theodore didn't indicate whether he will be ready for the start of training camp but did write that he "can't wait to be back doing what I love." Theodore, who was selected by the Knights in the expansion draft prior to their inaugural season, finished eighth on the team last season with 37 points.

A failed drug test while playing for Team Canada at the world championships in May led to the discovery of the cancer, he wrote.

After receiving his silver medal, he was approached by a man who asked Theodore to accompany him to an isolated room.

"There were four other guys in suits sitting there, waiting for me," he wrote. "That's when I thought, 'O.K. that's weird.' Then they told me the news. I'd failed the drug test that I'd taken before the quarterfinals."

The men told Theodore his sample showed elevated levels of the hormone hCG, which is found in women during pregnancy. Bodybuilders who take anabolic steroids, such as testosterone, will sometimes use hCG to prevent or reverse side effects caused by steroids, such as testicular shrinkage and infertility.

For Theodore, hCG turned out to be an indicator of testicular cancer.

Theodore wrote that he had amazing support from his teammates after the diagnosis and surgery.

He will donate to early detection causes for every point he records this season and the Vegas Golden Knights Foundation will match that dollar for dollar.