Hockey teams, except on rare occasions, typically wait until a player has a decent-sized body of work before making a long-term commitment. 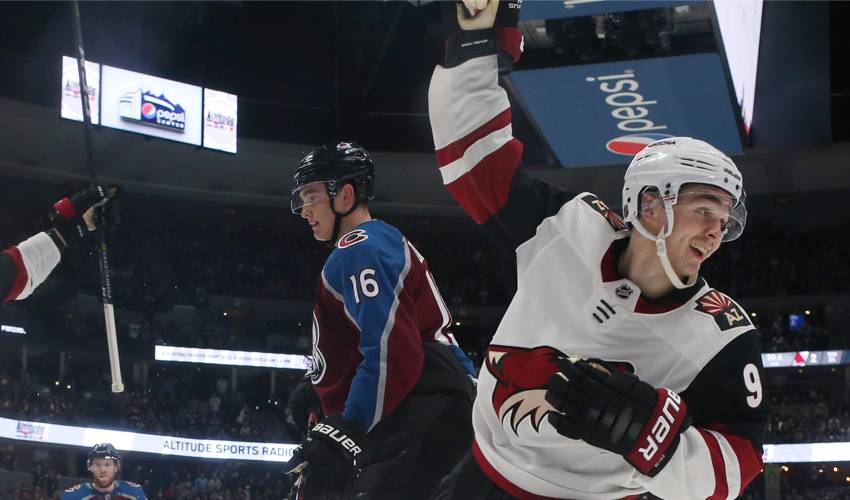 GLENDALE, Ariz. — Hockey teams, except on rare occasions, typically wait until a player has a decent-sized body of work before making a long-term commitment.

The Arizona Coyotes saw enough in two productive seasons from Clayton Keller to lock him up before he becomes a restricted free agent.

The Coyotes signed Keller on Wednesday to an eight-year contract extension with an average annual salary of $7.15 million, meaning the playmaking right wing could remain in the desert through the 2027-28 season.

"At its core, the philosophy is that we just don't want to have to follow the herd," Coyotes general manager John Chayka said via conference call. "We want to make proactive decisions. Following the herd will ensure that you'll never be No. 1."

The Coyotes used the seventh overall pick of the 2016 NHL draft on Keller, a slightly built forward from Chesterfield, Missouri.

Keller's size led to questions about the pick and whether the 5-foot-10, 170-pound forward could handle the of the NHL.

Using his skill and craftiness, Keller quickly developed into one of Arizona's best players. He set a Coyotes rookie record with a 10-game points streak and was a finalist for the Calder Trophy in 2017-18 after leading Arizona with 23 points and 42 assists.

Last season, the 21-year-old became the youngest Coyotes player to earn an All-Star nod and joined Dale Hawerchuk and Teemu Selanne as the only players in franchise history to have four separate points streaks of at least six games within the first 100 games of his career.

"Clayton Keller is a player you want on your team," Chayka said. "The value of the contract will be debated and will be played out for many years, but the reality is that the player wanted to sign here long-term, wanted to be here and is going to be a part of this team for a long time."

Keller had an inconsistent second NHL season despite playing in the All-Star game, finishing with nine fewer goals and 18 fewer points than his rookie season. He still managed to lead the team with 47 points and has the kind of skill level to complement high-scoring forward Phil Kessel, signed in the .

"This is a new start," said Keller, who has 37 goals and 77 assists in 167 career games. "There's nothing to worry about and I can just go out and play my best. I'm just so excited to be here for eight more years. This is going to be a great year."

The Coyotes are banking on many more, too.