The Nashville Predators have signed forward Rocco Grimaldi to a one-year deal worth $1 million based on the ruling of an independent arbitrator. 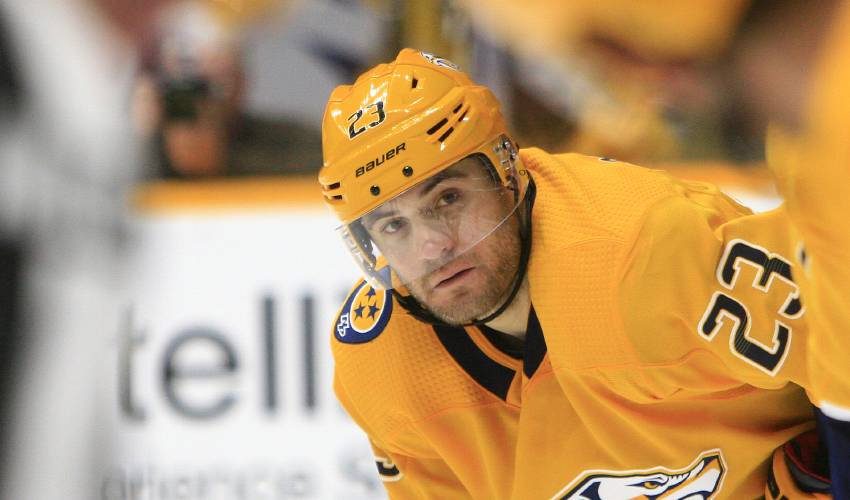 NASHVILLE — The Nashville Predators have signed forward Rocco Grimaldi to a one-year deal worth $1 million based on the ruling of an independent arbitrator.

An arbitrator heard Grimaldi's case Sunday. Grimaldi, 26, is coming off his best season with five goals and eight assists in 53 games in his first year with Nashville. He had never skated in more than 20 games in a season, and that was in 2015-16 with Florida. He scored 13 of his 23 career points with Nashville, and he led the Predators with three playoff goals in five games.

The 33rd selection overall in 2011 by Florida, the Anaheim, California, native has played 90 career games in the NHL with the Panthers, Colorado and Nashville.