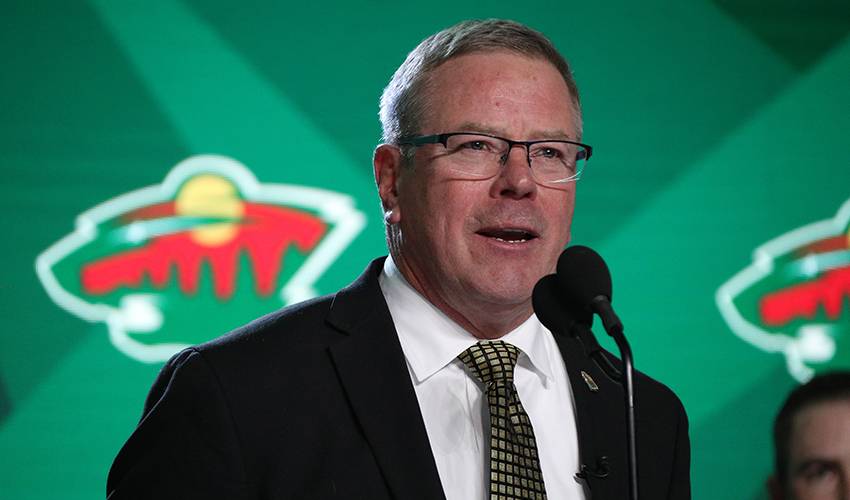 Still confident he has a contending team, Leipold decided to fire Fenton on Tuesday despite the unusual late-summer timing to try to redirect the franchise before it drifted further off track. The Wild's six-year streak of making the playoffs ended in the spring.

"Our organization and our culture were a little different than the way Paul wanted to handle things. We just felt this was the time to do it," Leipold said.

There was no "final straw," the owner said, but rather a series of "smaller issues" that stacked up on his radar prior to the surprising move.

"It wasn't a good fit. That was really it. The culture wasn't the same," Leipold said. "I didn't have the same vibes with our employees in hockey ops, and I think the attitude of some of the players and all the people and the coaching and in the locker room and in the training room, it was just a feeling that we didn't have the right leader for our organization."

When Leipold picked Fenton to replace Chuck Fletcher there was no desire in the front office to embark on a significant rebuild, particularly in the NHL with a championship that is the most attainable of the major sports given the annual unpredictability of play. Fenton initially obliged the owner's belief that "tweaking" was all that needed to be done, but the three forward-for-forward trades he made before the deadline neither boosted the team's chance of qualifying for the playoffs nor restocked the prospect pool while disassembling the once-promising core.

Ryan Donato showed flashes of productivity in his arrival from Boston for Charlie Coyle. Kevin Fiala is 4 years younger, at least, than Mikael Granlund, the player who was shipped to Nashville in that deal.

Coyle thrived as the Bruins reached the Stanley Cup Final, though, as did Nino Niederreiter during Carolina's surge to the Eastern Conference finals. Victor Rask, the underperforming acquired from the Hurricanes for Niederreiter, still has three years at $4 million each remaining on his contract.

Leipold, however, said he didn't factor those deals that have added angst to a frustrated fan base into the decision, even acknowledging they could wind up benefiting the Wild over time. The owner, instead, described Fenton and his no-nonsense personality as entirely overmatched for the job, with the exception of his "tremendous" scouting ability.

"It was the other portion of being a general manager, the organizational part, the strategic part, the management of people, the hiring and motivating of the departments," Leipold said. "When I talk about not being a good fit, that's what I'm referring to."

Fenton came from Nashville, where he was the long-time lieutenant under general manager David Poile. Leipold, of course, once owned the Predators. So why couldn't he have avoided the misstep in the first place?

"That's a great question. I missed it, and this is on me," Leipold said. "I don't like the fact that it didn't work out. Paul is a really strong, strategic scout. He identifies talent, understands development, all of that, but there were parts of his role that just wasn't working out to my satisfaction."

Assistant general manager Tom Kurvers was named acting general manager, until a replacement is hired. Leipold said he had no timetable for the search that also will be steered by team president Matt Majka and recently hired executive adviser Mike Modano. The owner said he'd prefer previous experience, which Fenton did not have despite working 25 years in the league.

"We're kind of in an area of not really knowing where we're going to go. I really sense that we need to get recharged and we need to get refocused on who we are as a team," Leipold said, later adding: "I believe we are a playoff team. We have to get everybody believing that and moving in the same direction."

Bruce Boudreau was brought back as coach despite the drop in the standings. Earlier this month, Fenton's last big move was to sign forward Mats Zuccarello to a five-year, $30 million deal with a full no-trade clause. When Leipold phoned Boudreau to inform him of the decision, he took the news in the parking lot of a Toronto area Wal-Mart, waiting for his mother to finish shopping.

Leipold had more calls to make with the players, too, with stalwart Jared Spurgeon, who's due for a contract extension, at the top of the list.

"The one theme I heard from everybody: 'I can't wait for camp to start. I'm ready to play,'" Leipold said. "They just want to get the end of last year out of their system. Hopefully we can do that."