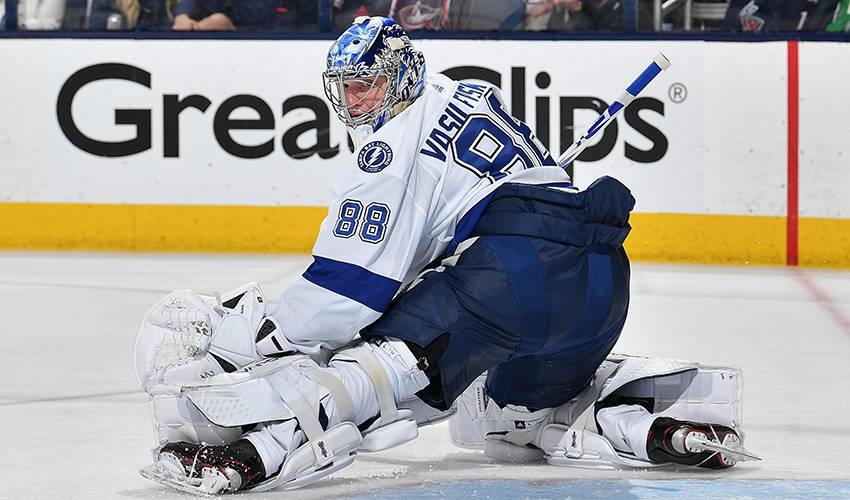 The team announced the deal — worth an average of $9.5 million per season — with the Vezina Trophy winner on Monday.

Lightning and general manager Julien BriseBois says the 25-year-old has "shown unmatched work ethic and professionalism both on and off the ice" and that the club looks forward to Vasilevskiy "continuing his career in Tampa Bay for the foreseeable future."

The two-time All-Star appeared in 53 games last season, going 39-10-4 with a 2.40 goals-against average and a .919 save percentage while helping Tampa Bay match the NHL single-season record with 62 wins.

In addition to setting career highs for goals-against average and save percentage, Vasilevskiy led the NHL in wins and tied for fourth with six shutouts.

Ultimately, though, the season ended in disappointment, with the Lightning being swept in the first round of the playoffs.