The Pittsburgh Penguins and forward Zach Aston-Reese avoided arbitration on Monday, agreeing to a two-year deal that runs through the 2020-21 season. 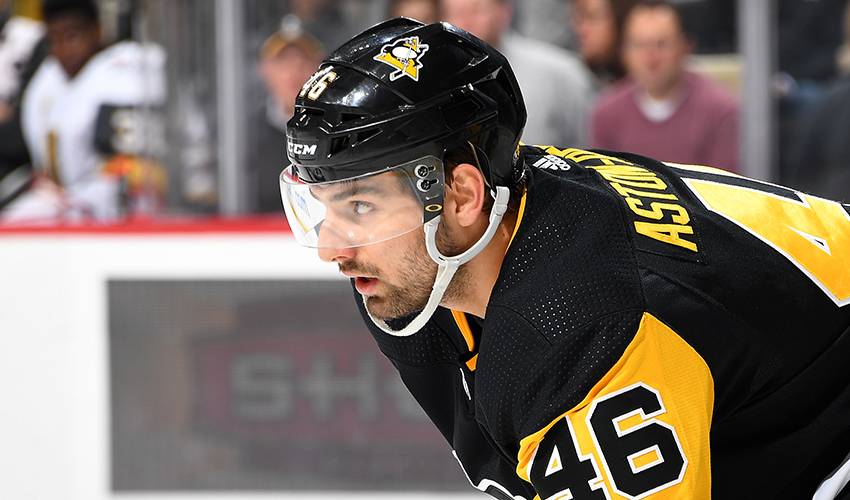 PITTSBURGH — The Pittsburgh Penguins and forward Zach Aston-Reese avoided arbitration on Monday, agreeing to a two-year deal that runs through the 2020-21 season.

The deal is worth $1 million annually. The two sides came together minutes before heading to arbitration.

"We were actually setting up for the meeting and kind of right before it started, right at nine o'clock, it got done," Aston-Reese said. "Right on time."

Aston-Reese, 24, posted career highs in goals (eight) and assists (nine) despite being limited to 43 games because of a hand injury. Aston-Reese — who skated alongside Sidney Crosby on the top line but also put in work with the fourth line — gives the Penguins more options as they try to bounce back from a first-round playoff sweep at the hands of the New York Islanders.

"Zach is a responsible player who plays a solid two-way game," general manager Jim Rutherford said. "He has a heavy style of play that is especially effective on the forecheck and penalty kill."

Aston-Reese admitted he was relieved to get a new contract ironed out before going through arbitration.

"It's a little bit awkward and I was just really happy to get the deal done before that meeting began," he said. "You hear stories of things like that and it's no coincidence that only what, 5% actually go through with the meeting. I was happy to avoid that."