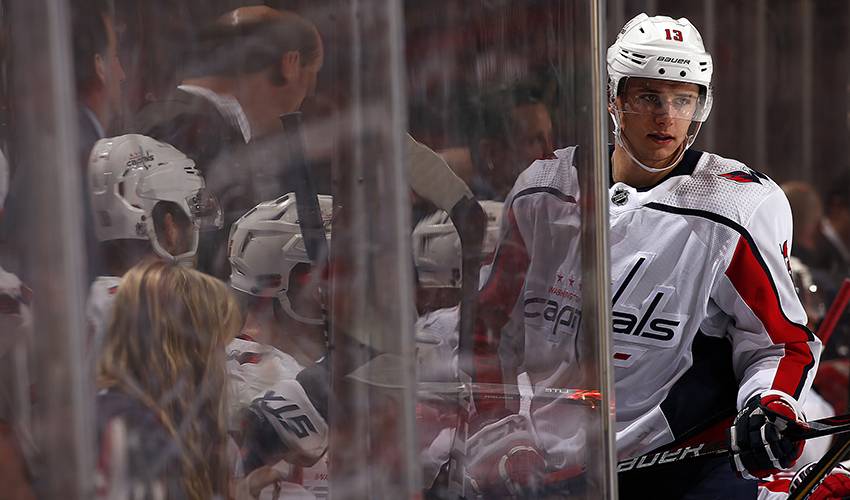 Vrana had been a restricted free agent and will count $3.35 million against the salary cap in each of the next two seasons. Locking him in at that price on a bridge deal could allow Washington to re-sign Nicklas Backstrom and goaltender Braden Holtby before either core player becomes a free agent next summer.

The 23-year-old Vrana set career highs with 24 goals, 23 assists and 47 points last season. The 2014 first-round pick is a big piece of the Capitals trying to keep their championship window open after winning the Stanley Cup in 2018.

"Jakub is a highly skilled player with a tremendous upside and is a big part of our future," general manager Brian MacLellan said. "We are pleased with his development the past two seasons and are looking forward for him to continue to develop and reach his full potential with our organization."

The Czech has 80 points in 176 NHL regular-season games. Vrana had three goals and five assists during the Cup run and scored first in the title-clinching Game 5 in the final at Vegas.

MacLellan said after this past season that Vrana's growth was part of the Capitals' ability to not lose a step after winning a championship. Next season will be another challenge, with Washington counting on Vrana to continue increasing his production.

The most important thing is to "stay consistent and play good every game and get better," Vrana said in April. "Every season is a good experience. Either you end up winning the Stanley Cup, or if you lose like we did in the first round, it's life. You cannot take the time back. It only can make you stronger and better."

Backstrom and Holtby can become unrestricted free agents after next season, although it's possible both could sign long-term extensions before hitting the open market. Top goaltending prospect Ilya Samsonov is close to making the NHL.