The Toronto Maple Leafs have signed two of their newest acquisitions to contract extensions. 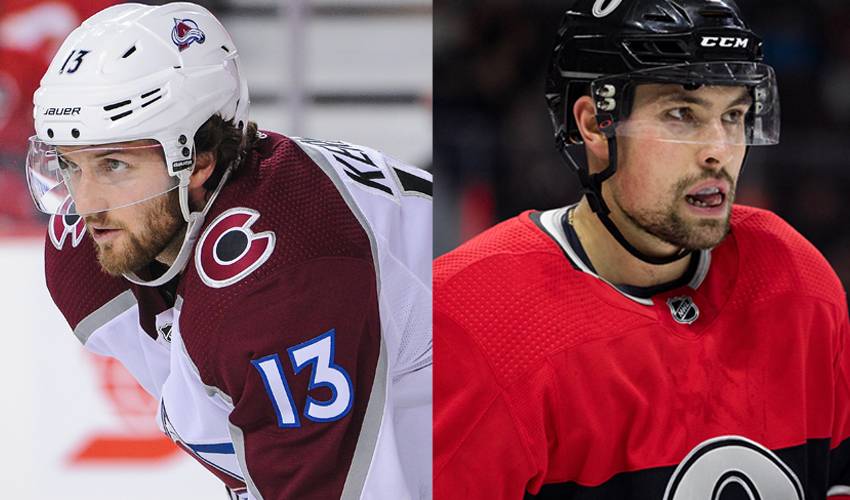 TORONTO — The Toronto Maple Leafs have signed two of their newest acquisitions to contract extensions.

Defenceman Cody Ceci agreed to a one-year extension for US$4.5 million, while forward Alex Kerfoot was locked up for four more years with an average annual value of $3.5 million on the deal.

Ceci was acquired in a trade with the Ottawa Senators on Canada Day, while Kerfoot came over in a deal with the Colorado Avalanche later that night. Both were restricted free agents.

Ceci, 25, had 26 points (seven goals, 19 assists) in 74 games with the Senators last season. In 440 career games over six seasons, all with the Senators, the Ottawa native has recorded 118 points (32 goals, 86 assists) while adding three assists in 25 career playoff games.

Kerfoot, 24, had 42 points (15 goals, 27 assists) in 78 games for the Avalanche last season before registering three assists in 12 playoff games.

Kerfoot was in Kelowna, B.C., when he got the news he was traded.

"I don't know if there’s any better places to be traded to in the league right now in Toronto," he said on Monday. "It's a huge hockey market. The team is in great shape goiing forward. They've got some elite players on their team. The way they're running the team seems to be top-notch. It's an exciting group to be a part of."

Kerfoot can play on the wing or at centre.

"The way the game is going, you need guys who can play multiple positions," he said. "I was fortunate enough to be able to move around the lineup. I've become more comfortable in different roles, playing on the wing, playing at centre, and playing in different situations. I developed that in my game a little bit, and I want to continue to improve in all aspects."