The New Jersey Devils added Wayne Simmonds in free agency on Monday, agreeing to a $5 million, one-year contract with the physical winger. 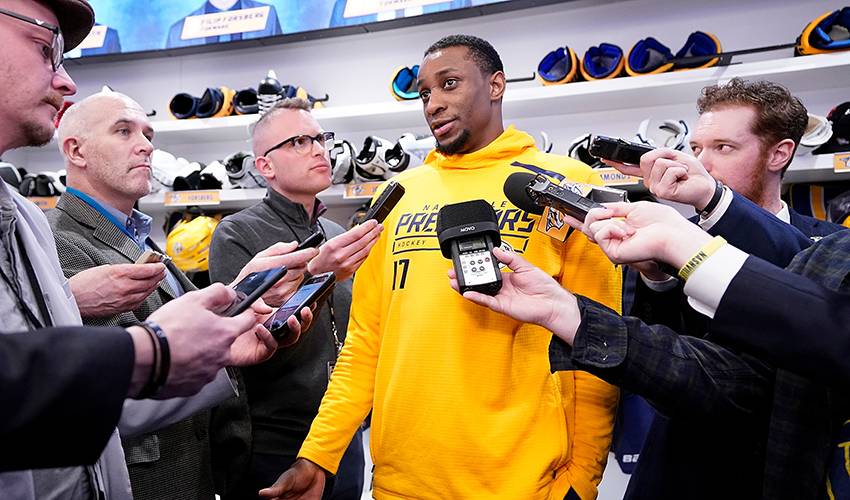 Simmonds, who turns 31 in August, played for Philadelphia and Nashville last season, finishing with 17 goals and 13 assists in 79 games. He also made two playoff appearances with the Predators.

The move reunites Simmonds with P.K. Subban, who was acquired by New Jersey in a trade with Nashville last month.

The Devils are coming off a last-place finish in the Metropolitan Division with a 31-41-10 record. They have made the playoffs just once since they lost to the Los Angeles Kings in the 2012 Stanley Cup Final, but they are much improved since the end of last season.

In addition to the acquisitions of Simmonds and Subban, a six-time All-Star , they selected forward Jack Hughes with the No. 1 overall pick in last month's draft. If 2018 NHL MVP Taylor Hall can stay healthy and Nico Hischier continues his development after he was the first-overall pick in 2017, New Jersey could be poised for a quick turnaround.

Simmonds has 243 goals and 231 assists in 841 career games with the Kings, Flyers and Predators. He made his NHL debut with Los Angeles in 2008, but he rose to prominence with Philadelphia.