The Colorado Avalanche made a move to boost their offence by acquiring forward Andre Burakovsky in a deal with the Washington Capitals on Friday. 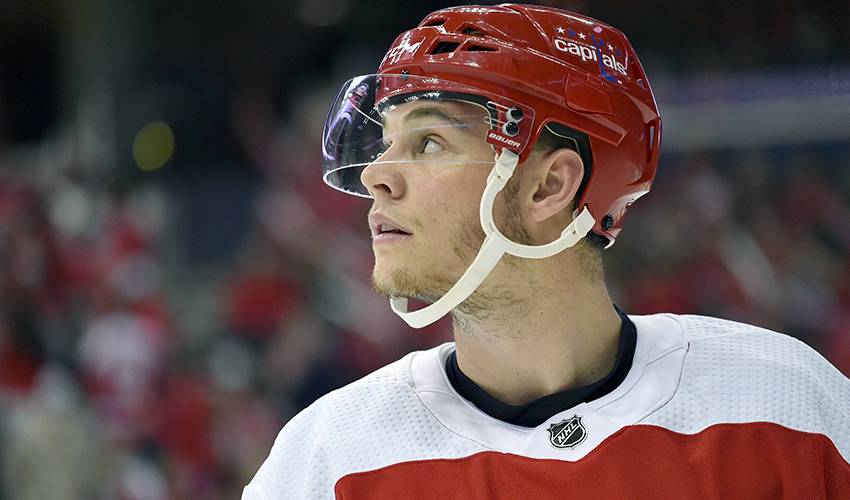 DENVER — The Colorado Avalanche made a move to boost their by acquiring forward Andre Burakovsky in a deal with the Washington Capitals on Friday.

In exchange, the Capitals pick up minor-league forward Scott Kosmachuk, a second-round pick in the 2020 draft and a third-round selection the Avalanche previously picked up from Arizona.

Although there was buzz about trading him at the deadline, the Capitals opted to keep him. They gave him his $3.25 million qualifying offer on Tuesday, but needed to shed some salary and orchestrated a deal with Colorado.

"We like the player. There's been some inconsistencies there, but when he's on his game, he's a good player," Capitals general manager Brian MacLellan said last week. "We'd like to keep him around but obviously his name is out there a little bit, so we do talk to some teams about him. But we're not going to move him unless we get something we're comfortable with back."

Burakovsky figures to fit in well with a fast-paced Avalanche attack led by Nathan MacKinnon. The Avalanche made it to the second round of the before losing to San Jose in Game 7.

"We are excited to be adding a big, fast, skilled winger like Andre," Avalanche general manager Joe Sakic said. "He already has a lot of NHL experience at a young age and is a Stanley Cup winner who has performed well in the playoffs. At just 24, he is entering the prime years of his career and we feel with an added role, he will be a great addition to our team."

On Tuesday, Colorado sent forward Carl Soderberg to Arizona for Kevin Connauton. The 33-year-old Soderberg is coming off a season in which he scored a career-high 23 goals.