The Vegas Golden Knights have traded forward Erik Haula to the Carolina Hurricanes for prospect Nicolas Roy and a conditional fifth-round draft pick in 2020. 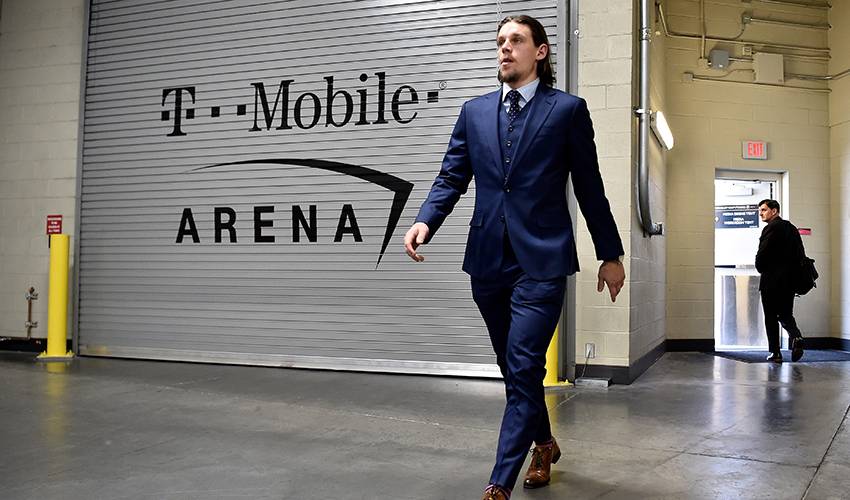 RALEIGH, N.C. — The Vegas Golden Knights have traded forward Erik Haula to the Carolina Hurricanes for prospect Nicolas Roy and a conditional fifth-round draft pick in 2020.

The 28-year-old Haula played 15 games last season before being lost to a knee injury. Previously he had career highs with 29 goals, 26 assists, 55 points and 12 power-play goals in 2017-18 as the Golden Knights reached the Stanley Cup Final.

The deal provides salary-cap relief for Vegas by saving Haula's $2.75 million cap hit. The Golden Knights were over the $81.5 million cap after signing William Karlsson to a $47.2 million, eight-year contract .

The 22-year-old Roy has 28 goals and 46 assists in 141 games at the American Hockey League level. The forward has played in seven career NHL games with Carolina.