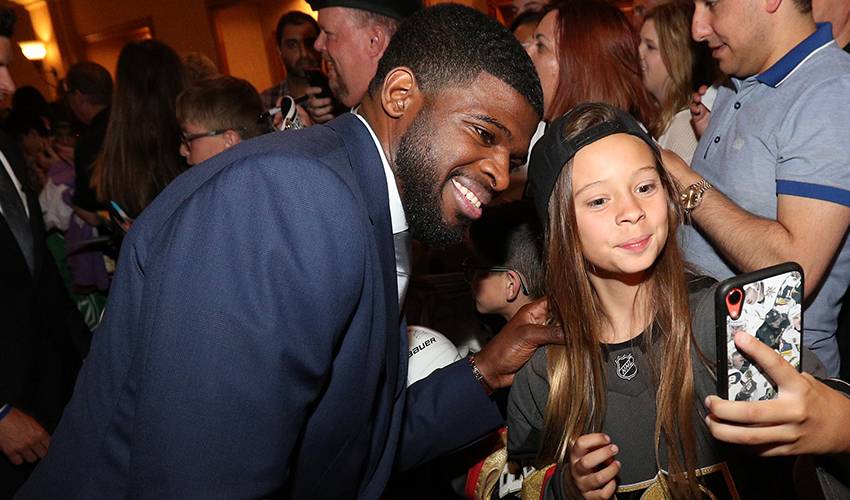 The Nashville Predators traded the 30-year-old defenceman to the New Jersey Devils on Saturday ahead of the second round of the NHL draft.

Subban, whose contract carries an annual average value of US$9 million, put up a career-low 31 points in 63 games with the Predators in 2018-19.

"We appreciate P.K.'s contribution to the Predators and the Nashville community over the past three seasons, which have seen our organization have unprecedented success," Predators general manager David Poile said in a statement.

"We had to make a business decision. With an aim at strengthening our forward corps this off-season, and the continued strength of our defensive group, we felt it was necessary to clear up salary cap space this way."

It's been a busy couple of days for Devils general manager Ray Shero, who chose flashy centre Jack Hughes with the first pick in the draft Friday night.

The Predators also received a pair of picks in the deal — the 34th selection in 2019 and a second-rounder next year.

Originally selected 43rd overall by the Montreal Canadiens in 2007, Subban has 98 goals and 310 assists in 645 career games. The Toronto native has registered 62 points in 96 career playoff outings.

Subban signed an eight-year, US$72-million contract with Montreal in 2014. The deal included a no-movement clause, but he was dealt to Nashville for fellow defenceman Shea Weber in the summer of 2016 before the stipulation kicked in.

The Predators chose not to honour the no-movement clause in Subban's contract once he became their player.

Santini, 24, has 21 points in 114 NHL games, all with the Devils. New Jersey signed Davies to an entry-level deal at the beginning of April.