Veteran goalie Ryan Miller has re-signed for another season with the Anaheim Ducks. 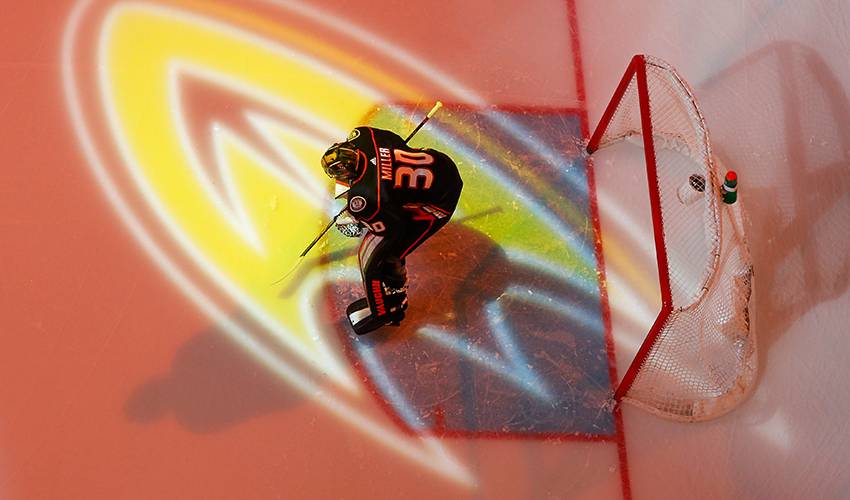 ANAHEIM, Calif. — Veteran goalie Ryan Miller has re-signed for another season with the Anaheim Ducks.

Miller is the winningest U.S.-born goalie in NHL history with 378 career victories. The former Vancouver and Buffalo netminder has won 20 games over the past two seasons in Anaheim as John Gibson's backup.

Miller turns 39 years old next month, and he was cagey about his future after Anaheim missed the playoffs this year. The Ducks valued his steady veteran presence, and they apparently persuaded him to postpone retirement for another season under new coach Dallas Eakins.

Holzer is a veteran German who has played 99 games in Anaheim over the past four seasons.

Grant scored a career-best 24 points during the 2017-18 season for the Ducks, who then reacquired him in a trade last January after he signed a free-agent deal with Pittsburgh.